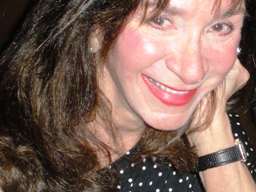 Really? Are you so sure about that? We all have the tendency, at times to think the grass is greener in someone else’s life or that if we could only have this, do that, achieve thus and so – then our life would be wonderful and we will have ‘arrived’! Really? Arrived – where?  Anywhere you go – there you will be. And do you really think having that car, purse, or dress, etc. will change who you are or make a difference in who you are or how you feel about yourself – for long? Whatever you put on your body – you are still yourself inside.

Have you ever envied someone else’s life, only to realize when you get to know them  –  Whoa! I am so glad I am me and not them.

Appreciating who you are, where you are and what you have is the greatest awareness. It’s called acceptance, peace, happiness and inner joy.  It’s called  being in the moment – being in present time – and that is  the real gift – the ‘present’.  You are where you are in any given time for a divine purpose and reason. It’s your life in that moment of time to fully feel and to enjoy.

This does not mean that you stop trying to achieve, grow, do and have, but that you be in the moment, satisfied and appreciating of all that you have and where you are in that particular time – in the now.  Life can always change for the good, or for the worst – in an instant. If you aren’t able to experience the joy in and of the moment then you will not be able to feel fully satiated no matter what you have, do or gain – you will always feel lack. longing and wanting of more or something else to try and fill up the empty hole that you have inside yourself.  You will always be thinking the ‘grass is greener’. A person who does this is not able to settle into peace with self.

Things don’t give you peace. Things don’t/won’t fulfill you for long – they will always leave you wanting for more, different or newer.

Someone who can’t feel settled in self is always thinking that the ‘grass is greener’.  That there is something out there somewhere that they need, just must have in order to feel ‘okay’, or better about themselves. They can’t, – are unable to settle into peace, appreciation and joy because they are too busy being on the prowl looking for something else to fill them up.

Not being able to settle in self may  actually cause them to  lose all that they do have  – to be lost – never to be realized again.  As in a man who cheats on their spouse, ‘thinking’ the pretty little thing that caught their eye is what they ‘must’ have to feel happy and content,  only to lose everything that means any and everything in the world to them – then to realize  that pretty little thing is nothing much at all – just a momentary shiny new thing.

Those who  are always looking for the next shiny thing – end up going through lots of tinsel… without  ever holding onto  or having a real diamond in their hands for long –  because they may drop the diamond to chase the tinsel.

Those who think the ‘grass is greener’ have  little to no balance in their lives.  They are in a pattern of dismissing & diminishing what it is that they do have – no matter how great it actually may be. – they can’t see or appreciate it  because they are always on the search &   looking for more, next, another, or what they ‘think’ is  ‘better’ to fill up their empty soul. They do this because of their dissatisfaction with self.

Joy happens when you can appreciate and live in the moment. Joy is the awareness of the moment  and being in appreciation for all that you have – that what God has placed before you is yours – it’s your perfect place to be!

Your life is ‘your’ gift from God – whatever – where ever – it may be or is. It’s yours. So appreciate the good and the bad – because it’s  all yours.

How about stating in this moment – I approve of myself. I am all that I ever thought I would or could be in this very moment.  I am blessed. Thank you God for all that I am, all that I have, all the lessons, all the trials, all the awareness, all that I have become and all that I will be.  If you can’t/don’t appreciate the moment without the wanting, even yearning for more – you will never experience contentment, peace and joy.

Then carry  forward  from that point – creating, learning, etc, while  making sure to appreciate what you are  and have in the now,  the people in your life etc. in this time frame.

For awareness … DADDY THROWS ME IN THE AIR – memoir/self-help

on Amazon, Barnes & Noble and all the other usual places.

You were born  and placed exactly where you were meant to be. Your circumstances and experiences are perfect for you and who you are meant to become. It’s up to you to either break against or immerse yourself  – change – grow or become more – most importantly to become more aware. It’s your  life. This moment is yours! Be aware and be in joy!

Polite and nice to money. Rude otherwise and looks down upon, even shows disdain for those with less than, or in poverty.  Judges people by their car, house, clothes, etc.  instead of their character. They don’t even know what ‘character’ is  because they have none – so they can’t recognize it in others. Will do anything – lie, cheat, steal to achieve the image, position or appearance of control or power over others. Mistakes having power and things as greatness.

Say one thing then  they do another. Say words or act in ways to manipulate for their use or gain. Nice, courteous and kind to 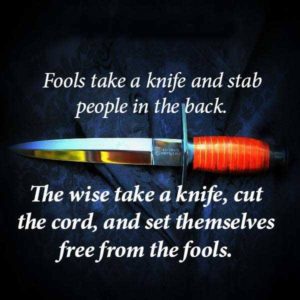 people when selling something – be it a service or a product but uncaring, dismissive even rude otherwise. try to extract value for self from people, places and things with no regard to what they might do to harm.

Men who tell  lies to get a woman into bed. Women who flirt and compliment to make an oaf feel like a king for her gain – doing so, only to manipulate and with ill-intent instead of worthy intentions.

I have observed and become more aware of  this kind of behavior in our world today. This is why, in my opinion there is so much depression, anxiety, addiction, harm to self and others. There is a lack of respect for our fellowman and  ultimately ourselves.

I am otherwise, I was taught otherwise and choose to live otherwise. My words and behaviors reveal who I am, not only to others but to myself.  My word is my honor and my bond. I can be counted on to do what I say, or I don’t say it. So many people these days cannot be counted on for anything much less their word.

What I do in private, matters as much as what I do in public. Of course, I have been known to say what I think – which means, I don’t lie to myself or others.  There are  these concepts called – truth – honesty –  responsibility and accountability. 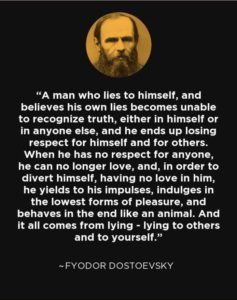 I try to live by the golden rule. “Do unto others as you would have them do unto you.” Do I lose it at times and mess up? Of course! But this serves me also,  to become more aware of my behaviors and how they may affect others including myself. It’s called ‘self-reflection’ and ‘self-awareness’. We won’t grow, if we don’t have both in our emotional and mental selves.

If we are not becoming more aware in our lives, then what is it we are actually doing? Accumulating stuff – screwing as many people as we can – and on multiple levels –  taking  instead of giving? Look into the eyes of people who have done this in their life even for their entire lives with little to no awareness.  Oh, then of course, some know exactly what they are doing and these are the evil ones. And these people  have dead eyes which reflect their internal selves

Look at the eyes and faces of the Clintons – they are perfect examples. Bill is only 71 and he looks as if he is 171.

Today so many seem to live by the motto – ‘Screw others before they screw me’.  They will say  or promise thus and so and if they are lying or change their mind and it inconveniences or harms another — so what? Their motto is –  ‘It’s ‘me’ that matters, not them’. What value can I extract from another. They are all about self and this is why they are so internally twisted and unhappy, seeking any and every thing to numb out their torment and misery.

We have become in many ways a selfish, narcissistic society. And that is why so many are unhappy, turn to drugs, alcohol, stuff their selves with food, buy too many things, sit on the sofa watching TV or playing computer games, watching porn, having sex with people only for sex, stare at their phones – texting or surfing the internet even when in the company of others.  Living behind a facade of cars, clothes, fitness routines  – so concerned with ‘image’ – they forget  their internal/eternal self – when reality is – nothing is fit or right about them. Or  they may live in a fat, unkempt body, wearing ill-fitting sloppy clothing, lazy and slovenly  while, thinking nothing matters,  including their appearance, while being envious even hating those who appear they are ‘really together’ – but  who inside may be also dying. 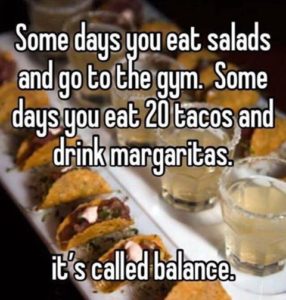 There is a concept called balance – both  inside and outside. The inside will reflect on the outside in some manner or form.

Those who indulge in these behaviors ‘think’ they are putting something over on everyone  else, but what they are really doing is harming themselves, even going as far as to be rotting their soul. Who – they are conning – is themselves. They are choosing to live by no standards, disaplines or morals, but that of self-gratification and all this does is to make a person selfish, self-centered, internally alone, even though they may be surrounded by others – bloated and fat – possibly catch STDS for having sex with many – and because of selfish self-indulgences  they lose their ability to love and care for others and therefore, lose their own individual humanity, just for the purpose  and sake of their momentary attainment and  pleasure of fake power and things. Image is actually nothing. It’s the internal reality that matters.

When you are true to yourself is when you will be true to others. and this has to do with integrity in body, mind and spirit and this comes from continual awareness of self as it relates to others and your relationship with yourself. Self -awareness and self-reflection are keys to happiness.

A book to assist in awareness: