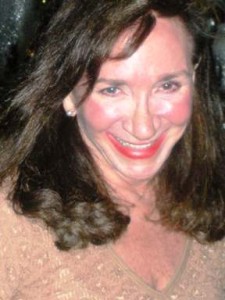 Ever loved a product or food then go to purchase it again and it’s changed, or even off the market? Or go to a restaurant you like, only to find the menu has changed, or the meal that you enjoy is no longer available.

A friend and I were discussing this lately and proclaimed that most the change we experience is usually for the worse.

Technology is continually changing and is it always for the better? NO! It’s just to get people to buy new products. It’s ‘change’ for ‘marketing’ and not much more..

Recently, I upgraded my I-Phone and I really don’t like the changes made… not at all. But I had no choice, I kept getting the continual upgrade notices. Just as this is continually happening on my computer… upgrade… upgrade.. change… change… you must do it even if you don’t want to.

What if I don’t want the upgrade or the change?

Change is not always for the better or a good thing. The grass is not better, or greener in the other yard. Change, many times, is disasterous. We are told to embrace change. That change is the only constant that we can depend on. Well sure, changes happen in life in a natural order, but when ‘change’ is forced and orchestrated that’s a whole different scenario.

The thought of ‘change’ can sometime ‘seem’ appealing, that is, until the change actually occurs. You can want a divorce and once you get it, it’s not what you thought. You can want a change from your current job, girlfriend or boyfriend then get it and it’s not better, but, perhaps, even worse. You can want a new car, but the new car is really not any better than the old one, it just appears that way and costs more. You can make a change in hair color, or cut and after it’s done not like it at all.

Some things changed can easily be changed back…others not so much.

The ‘change’ that the Obama regime has/is inflicting on America has been nothing but disruptive and negative. Nothing good has come from the Obama change. ‘Change’ was just used as Obama’s marketing tool to take freedoms from the American people, to make America worse, not better.

The changes in healthcare are making it worse not better. The website doesn’t even work. How’s that ‘change’ working for ya? It isn’t. It’s impossible to get better service for less money. People are losing their insurance. Doctors are retiring. The promise of ‘change’ was just a con.

Improvements can always be made… but complete change many times is for the worse.

‘Change’ is used as a marketing tool to get the masses to spend more money on the new and better.. which is not always better. The offer of change is the tool of a salesman… a snake oil salesman. A salesman looking for more profits, or to trick those being marketed to. Change is a promise of something better and that is not always the case. Change can be for the worse… as in the promise of ‘change’ from the Obama lies…

America didn’t/doesn’t need changing. We need, perhaps, improvement in some areas. But America is the greatest country on earth with more freedom and opportunity than anywhere else. Why would anyone want to change America, but someone out to destroy freedom, and to change us into a something we aren’t, to take away our freedom and put us into a dictatorship. And this is what the Obama regime is doing. That is Obama’s change for America… spend, indebt, tax, control and destroy.

And those who bought into the Obama promise of change are getting nothing good or positive in the change.

America, we have been sold a bill of goods with this ‘change’ mantra of the Obama propaganda… nothing about their ‘change’ is good for any of us.

And just ‘changing’ the meaning of a word… doesn’t change what it really is… as in the word and meaning of Cancer.. it is what it is…

A dictator is a dictator. What Obama has changed is we no longer have a Presidency. We have a regime runned by a ruthless, lying, no-conscience, Leviathan-spinning, con-artist dictator of change.

Obama’s change is for the worse. He stated that he wanted to fundamentally transform America..  that means to destroy our freedoms, our free enterprise system, our healthcare, our businesses, our blessings… and turn us into a controlled society of doom.

Obama is the worse change that has ever happened in and to America. 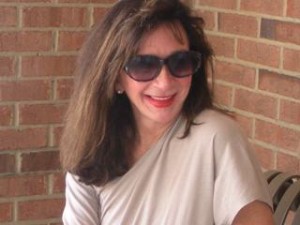 are difficult, even scary and can be very destructive. They are usually immature, combatant, insecure and reactionary..

They behave like children and may have been abused emotionally, and, or physically… they usually come from a fractured, and, or disordered home. They have a low sense of self-worth… so they can’t handle criticism or disagreements about their performance. They are difficult to communicate with because they don’t listen with open ears, but with a closed mind as they ready their defensive stance. They use blame as one of their defense tactics because in their inability to look at self, they continually project and state it must be you, or someone else, not me, never me… as in, you caused me to do that for this to happen, not me, never me… not my fault.

They take no responsibility, unless it’s for something good or something that they are proud of and want to attach to their persona. They steal accolades and place blame. They are adept at side-stepping responsibility.

They are fractured individuals… and behave like children because they are frozen somewhere in the trauma of when they were a child. They are afraid of any kind of failure and can’t accept it… hence their defensive stance. They also use divide and conquer as apart of their defense. They are destructive, divisive and disruptive. They will do any and everything in defense of their fragile self. They are jealous and envious of others and wish to take them and take from them. They are a blight on society.

We have a perfect example in Obama… 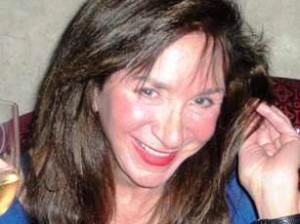 At a function the other evening, I had a conversation with a man that I didn’t realize was an ‘Obamanut’.  I did think him bizarre, but he started talking to me so I was polite.

He was a 60 year-old attorney and his story was that his ex-wife is mentally ill and he has custody of his four young children… all under the age of 10. Because, their mother tried to commit suicide under one of the children’s beds. Geez! I just listened as this man droned on with his sad tale of woe.

His story went that he had been married to this woman for 12 years ‘before’ they had children and in their first year of marriage she was diagnosed with a severe mental illness.  Of course, my question was. “Why did you have four children with a woman who is severely mentally ill?”

His response with a shrug and a no responsibility, clueless expression, “She seemed better at times.”

It was clear this man was looking for sympathy for his plight, while I was thinking, ‘what an idiot’, as I tried to disengaged from his pathetic droning.

Talking to this man was like being detained by a fool and his tale was one of a clueless idiot. The more I heard what came out of his mouth the sicker I felt. I moved away, but he followed.

He thought Obama was doing a great job, especially with foreign policy. When I inquired why did he think this? His response, “He got Bin Laden, didn’t he?”

Then this man whose life appears a mess by his own choices, goes onto say that his main concern these days is about the suicide rate of young gay people because heterosexuals are haters… that gay kids commit suicide more than others.

I was talking to an idiot… a liberal.  Four kids under the age of 10 when he is 60. The mother of the kids is mentally ill. Do the math. When he is 70, the kids will not be grown.  He thinks Obama is great on foreign policy and his main worry is the suicide rate of gay kids.  Whew!

This is one example of why we have such a screwed up country. People’s heads are in the clouds. They live with no thought of what they are doing and they bring children into the world without thinking about the consequences. Then they are concerned about something not relevant to them. Unless some of his kids are gay, or he is gay or… I don’t know and I don’t care! It was a conversation that jumped around, made no sense and left me feeling like I had been held captive in the distortion of a fun house mirror reflecting a kind of bizarre insanity…just like when I hear Obama, Pelosi or Reid, etc. talk.

After this experience, I have decided  I will not talk to liberals. I will even be rude if need be, in order to disengage. As soon as he proclaimed his like of Obama, I understood why he had four kids with a severely mentally ill woman. He was a non-thinking fool.

I have never experienced such poor choices and ignorance that I see in the world today. And this ‘catch’ was eyeing the room for some woman to take on the task of his choices…. to help him rear his probably mentally, emotionally damaged, and who knows whatelse, kids.  I was repulsed! REPULSED!

Our society is in real trouble. Too many ignorant idiots who live without thinking then worry about these societal created ’causes’. The future will belong to these fools and what they are creating.

This gay issue is at the forefront and why? It’s a small percentage of the population. But the Obama administration has put emphasis on it…. this gay marriage thingy. We live in a distorted, sick and bizarre world.  And this man is an example of why…

After my short conversation with this screwed up liberal,  I felt sick to my stomach and like I needed to take a shower to wash off the stench of stupidity. 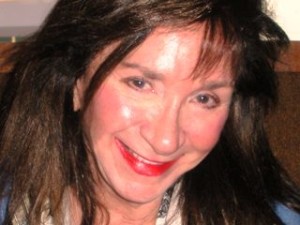 Commitment, love and sex go together..