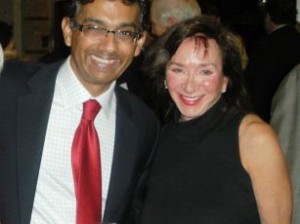 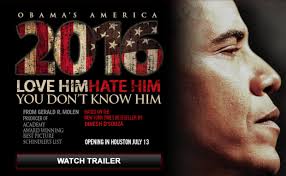 2016 Obama’s America takes audiences on a gripping visual journey into the heart of the world’s most powerful office to reveal the struggle of whether one man’s past, will redefine America over the next four years.

The film examines the question, “If Obama wins a second term, where will we be in 2016?”

Across the globe and in America, people in 2008 hungered for a leader who would unite and lift us from economic turmoil and war. True to ‘America’s ideals’, they invested their ‘hope’ in a ‘new kind of president’, Barack Obama. What they didn’t know is that Obama is a man with a past, and in powerful ways, that past defines him–who he is, how he thinks, and where he intends to take America and the world.

Immersed in exotic locales across four continents, best selling author Dinesh D’Souza races against time to find answers to Obama’s past and reveal where America will be in 2016. During this journey he discovers how Hope and Change became radically misunderstood, and identifies new flashpoints for hot wars in mankind’s greatest struggle. The journey moves quickly over the arc of the old colonial empires, into America’s empire of liberty, and we see the unfolding realignment of nations and the shape of the global future.

Emotionally engaging, 2016 Obama’s America will make you confounded and cheer as you discover the mysteries and answers to your greatest aspirations and worst fears.

Obama…love him or hate him, but you really don’t know him.