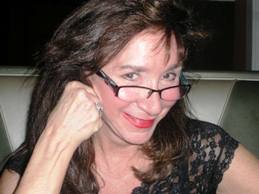 Ever think that Biden respects no one’s boundaries because in addition to his perverted behavior of over-stepping personal boundaries is that in the NWO progressive globalist’s agenda everyone is considered their prey? And also part of the indoctrination into the NWO is that your personal boundaries are crossed making you prone to addictions – sexual perversion and more easily led into more and further perversion. The whole deal is to blur boundaries between you, them and others.  Biden’s behavior reveals how he’s been imprinted. People always behave as they have been imprinted – until they become aware and heal. Biden was/is a blatant alcoholic. There are videos of him during the Obama campaign so drunk that he could barely speak or stand
When something feels and appears creepy – that is usually what it is. Don’t be brainwashed into thinking it’s not. You aren’t crazy for seeing the truth of what something really is and what is really going on. The manipulating, narcissistic sociopaths just want you to feel wrong and crazy – so they can control you.

The NWO considers people their resource to manipulate and do with as they desire – brainwash, control, use – you name it. Just as they want to have control over all land and resources on earth for their exclusive benefit and use. Crossing individual boundaries – sex-trafficking – corruption and perversion of our innocent and helpless youth is just part of their indoctrination into the acceptance of  being manipulated and controlled.  Step by step little by little until, there are no boundaries left – just a blur of the masses into one lump.

Along with the murder of fetuses,  late term abortion and even murder of recently born infants – it all leads to the acceptance that human beings are nothing and should and can be perverted, used, manipulated and even murdered at whim with their organs harvested and bodily fluids used by the so-called self-deemed evil elite.

They are going about it – by their edicts such as  in – ‘The Green New Deal’ blurted out by their bought and paid for by Soros idiot-like scripted Manson-eyed – horse-mouth puppet Chihuahua AOC. She is being used to state it out loud – even in its absurdity – then it will be slowly or as quickly as they can implement by slight of hand – secretively or even blatantly just as fast or as quickly as the brainwashed masses will accept, until it’s forced upon all. As even in its absurdity including the destruction and harm it will create and cause – it’s their ultimate agenda.

The NWO globalist agenda – ‘once referred to as Agenda 21 – now called Agenda 2030’ – is complete control of the planet and all its inhabitants by 2030. Thus, the time frame given of 12 years.  NWO progressive globalists have no regard for human beings, unless it is for their benefit and use. The use of all and everything is meant for a limited few with the rest of humanity considered and treated as slaves of the NWO – which is founded and based in control, manipulation, evil and ultimately destruction – hidden in and behind their false facade  of caring for humanity and under the guise of ‘saving the planet’. This whole agenda will be implemented and coated in the evil intent of control of everything. They are imprinting upon the masses to look to them as the complete authority.
When actually, it’s God who is in control – not some group of self-serving humans on earth. But as the story goes. even from the very beginning – Satan ‘thinks’ he is more important, in control and powerful than God. The dark has intent, goal and agenda to block then destroy the light. Satan/Evil is about control. God/Good is about freedom.

It’s the wise, aware, able to process, in control of their emotions which gives them the ability to discern truth behind the agenda-presented facade that will save this world from the evil agenda of the Satanic intent of the NWO globalists.

Look at how Christians are being murdered around the world. But America – the land of the free –  is ‘supposed’ to allow in and tolerate Islam, etc. which is the opposite of Christianity. Islam is a ‘political practice’ about control of every aspect of everyone’s life and if not adhered to – then there is extreme and inhumane punishment, execution and slaughter – just as the NWO globalists are looking to implement.  America has allowed those of this practice into our governmental systems and look at the nasty things coming out of their mouths concerning Jews, our President, etc. They are out to destroy the American way of life and put it under their control of perversion and evil.

The media is being used to encourage & foster psychopathic behavior in otherwise normal people. They are manipulating otherwise decent people to emulate psychopathic traits & view these traits as the norm. The entertainment industry is filled with this message. Example: Lady GaGa paraded around in a dress made of animal flesh that sends out a message to millions of young impressionable minds that they are just a hunk of meat. This is not by accident. This is not ‘art.’  Look at Miley Cyrus and her nudity and wrecking ball display – then Beyonce’s lyrics, costumes and gyrations – to name just a few of the display of perversion. Psychopathic individuals behind the scenes in music & entertainment are slowly altering psychology in order to dehumanize, so that the day comes to replace freewill,  human spirit &  your soul with a microchip, you’ll accept it, as you will have been conditioned to view your humanity as just soulless meat. Look at the fashion industry, pornography, etc. The aim of the trans-humanist movement is to remove consciousness from the Earth except from a ‘privileged’ few.

We are living in the age of Leviathan – the devil deriving from the ocean that puts a fog around the over-abundant – coming at you fast information – making it difficult to discern what is lie and what is truth.

A world where lie is deemed truth and truth is deemed lie is a world turned upside down and steeped in evil intent and destruction.

A vital stage of their agenda is to create a bond between machines & humans. Technology distances you from your humanity. The people behind this agenda want to take away choice & freedom –  in order, to rule over Earth and all its inhabitants.  Example Facebook: ‘supposedly’ created to bring people together for community – appears a noble endeavor and purpose – except that personal information and identification are being used for product advertisement. They implement infiltration and brainwashing by censorship for their political NWO progressive globalist agenda of control. When you are on FB – you are under their control and surveillance.

When you turn and accept others as your authority other than self – you will easily be manipulated and led astray.

Become aware and full of your humanity – feel all of your God-given emotions. They are your God- given guidance system and the key as to what is real and what is not – what is good and what is of the dark. Evil does not want us to see truth. Evil is the master of illusion. Narcissists/sociopaths/ psychopaths want us all under their control surrounded, manipulated and controlled by their facade of lies.

The way to the freedom of the light is to feel and process the negative emotions, in order to have the ability to allow in the light of peace, love and joy. The negative emotions of fear, insecurity, anger, hate, anxiety, etc. must be processed, so that you can arrive back at peace, love and joy!
It’s clear that many in the masses are stuck in pain, negative emotions, even being out of control in their emotions – leading to addictions and harmful behaviors to self, others and out into the world. This is what the NWO progressive globalist, narcissists want  and are counting on – that the masses will be imprinted by the media, the entertainment arenas, the corrupted educational systems, the agenda of the corrupted control of gov. to be stuck in neediness, fear, addictions, with inability to think or discern, full of perversion and self- destruction with their individual boundaries breached. This is the way to all levels of control – crossing boundaries  – that way people are easy to manipulate – creating a need to rely on and look to the government for guidance concerning everything in their lives – even to worshiping the government as their Lord and Savior instead of God. God and Christ are threats to the agenda of control and evil. Evil wants people to be in a distortion of their humanity and in fear. God wants people aware, whole and in joy!

They are flooding our borders with needy easy to manipulate foreigners with promises of stuff and some who are part of  their agenda of evil and destruction – for votes to further implement their  plan. They want America over run with world power, sovereignty, financial power, Constitution, rights and freedoms destroyed. They want God and Christ out of our country. They want to take away our position as the hope and light of the world because America is in their way of completing the NWO agenda which is the enslavement of every man, woman and child on earth.

Free thinking and aware people look to the God of light and choice for their guidance – they process emotions – have healthy boundaries, both physically and emotionally – know right from wrong – truth from lie – real from conning bullshit.  They live morally with standards and manners. They take care of their body, mind and spirit.

A tool for healing:
DADDY THROWS ME IN THE AIR – memoir/self-help on Amazon, etc. come into awareness – process your negative, limiting imprints, emotions and beliefs – so you are able to see, process and think clearly – with body, mind and soul fully intact and connected. Live free!