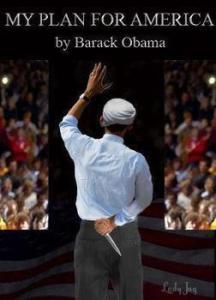 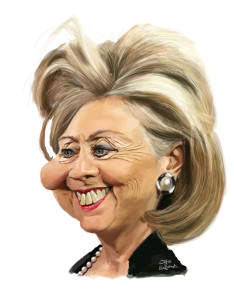 Treaty – The United Nations Framework Convention on Climate Change (UNFCCC) was opened for signature at the 1992 United Nations Conference on Environment and Development (UNCED) in Rio de Janeiro (known by its popular title, the Earth Summit). On 12 June 1992, 154 nations signed the UNFCCC, that upon ratification committed signatories’ governments to reduce atmospheric concentrations of greenhouse gases with the goal of “preventing dangerous anthropogenic interference with Earth’s climate system”. This commitment would require substantial reductions in greenhouse gas emissions (see the later section, “Stabilization of greenhouse gas concentrations”)

Article 3(1) of the Convention[8] states that Parties should act to protect the climate system on the basis of “common but differentiated responsibilities”, and that developed country Parties should “take the lead” in addressing climate change. Under Article 4, all Parties make general commitments to address climate change through, for example, climate change mitigation and adapting to the eventual impacts of climate change.[9] Article 4(7) states:[10]

Cathie Adams of the Eagle Forum has been watching this develop and attending meetings since 1997… she is readying to attend the meeting in Paris after Thanksgiving.

“To achieve world government, it is necessary to remove from the minds of men their individualism, loyalty to family traditions, national patriotism, and religious dogmas.”Brock Adams – director of UN Health Organization.
https://blog.womenexplode.com/2011/10/agenda-21/

“We’re all going to die in five years” unless a legally binding framework to cut greenhouse gas emissions is accepted by the 192 parties attending the United Nations’ confab in Durban, South Africa. That is how a question was couched to a group of environmental extremists who claimed that the United States, Japan, Canada and other developed countries are roadblocks to a “progressive and aggressive solution,” thus turning the annual UNFCCC meeting into a “traveling circus that cannot decide.”  Fifteen thousand attendees are expected at the Climate Change meeting representing 192 parties, 191 representing countries plus one for the European Union, assembled November 28 through December 9.
FYI… the UN uses the US as an income stream to fund its programs. Climate change is a hoax to implement rules, regulations, restrictions, taxes and control.
They are using the EPA  ‘Climate Change hoax to implement a NWO under the rule of the UN.

According to founder of  Weather Channel, global warming is about as true as Hillary Clinton’s Benghazi testimony. He called out climate alarmists with a barrage of facts based on actual science and not wishful thinking. As it turns out, if you chart global temperatures back into the ’70s, there are absolutely no signs of global warming.

Convention on Climate Change admitted that the goal of environmental activists is not  to save the world from ecological calamity but to destroy capitalism.

http://news.investors.com/ibd-editorials/021015-738779-climate-change-scare-tool-to-destroy-capitalism.htm#ixzz3sFXSvZD1
A meat tax?…  this climate change hoax is about taxes, regulations, rules and control of the world’s resources to be in the hands of a few.

A London-based think tank that supports slashing meat consumption is calling for the radical diet change to be “high on the list” of strategies studied by world leaders gathering in Paris next week to discuss global warming.

Total enslavement of the planet

As the UN document says, “We commit ourselves to working tirelessly for the full implementation of this Agenda by 2030.”If you read the full document and can read beyond the fluffery and public relations phrases, you’ll quickly realize that this UN agenda is going to be forced upon all the citizens of the world through the invocation of government coercion. Nowhere does this document state that the rights of the individual will be protected. Nor does it even acknowledge the existence of human rights granted to individuals by the Creator. Even the so-called “Universal Declaration of Human Rights” utterly denies individuals the right to self defense, the right to medical choice and the right to parental control over their own children.

Now the UN has decided such piecemeal slugs aren’t enough to underwrite its grand plans to save the world from itself. So hide your wallet. The UN wants all you’ve got and then some.

December convening of the United Nations Climate Change Conference, COP21, in Paris. Warming dogmatists demand, a legally binding & universal agreement on climate change with fixed, binding global payments & wealth transference from developed countries to those it deems most in need.

http://www.breitbart.com/london/2015/03/06/now-the-un-is-demanding-worldwide-taxes-for-climate-change/
Bible says the earth abides forever. Global warming is a con and hoax. The “end” is the end of the rule of Satan, the god of this world. Global warming hoax is implemented for, taxes, regulations, rules and control. Control of all earth’s resources by a certain few.
https://blog.womenexplode.com/2012/03/globalization-is-anything-about-this-beneficial-for-america/