Obama’s agenda is global development. It is the agenda of the NWO. It is not about Ameri

ca, except, to take it down, in order, to be able to insert it into the New World Order…where the governments and leaders, ‘dictators’, of the world have control over all the people and resources on and of the earth. And to them people are a resource for an income stream and nothing more… no matter what they give lip service to…

Obama and David Cameron, the Prime Minister of England, recently got together in America. Their speeches and message focused on globalization… no matter how they may ‘try’ to ‘package’ it. It’s clearly their agenda…

Obama is not about American supremacy and freedom. He is about ‘apologizing’ for America’s supremacy and taking us down to size. Obama and his wife hate America. Their words and actions show this. That Obama attended a hate America church for years shows this. All of Obama’s radical associations show us this…

The media is promoting this NWO…because either they believe in it, or they are afraid not to. If they criticize Obama, this man who is a blight on America, he comes out immediately and addresses it and ‘changes’ his lingo, or stance to ‘try’ and combat and spin the criticism. Sure, he is spinning and lying as this is all he does and has ever done and it’s getting so obvious that it is becoming ridiculous. Lying to implement his agenda… Agenda 21

Obama also rewards his friends and punishes his enemies… As he is conning the masses to achieve this agenda and the media assists him. The spin just gets thicker and thicker… It’s Leviathan, which is to create so much information, contradictions and confusion that no one can think to discern the truth. The Leviathan spirit throws a thick fog of confusion over everything. 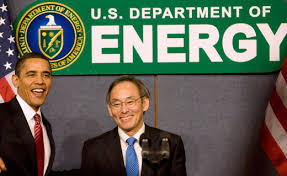 Take the issue of gas and the price of oil… Obama stated clearly and many times, that he wants energy prices to rise in America to ‘force’ 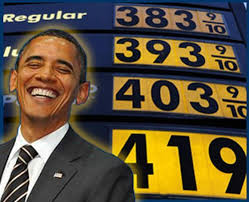 us to use less. Remember Cap and Trade?

Obama’s answer was to tax the oil companies to lower prices…and, of course, this does not work.

Obama’s answer to everything, as he shakes his finger at America, is to tax and to spend. While he repeats his lies and cons… saying repeatedly “There are no silver bullets. ” Hey Bozo, had you opened up drilling in America years ago, we would not be in this place… that was the silver bullet!

And the only reason that we have any drilling now is because of Bush…so Obama con, blame Bush for the drilling that is helping us now!

Steven Chu, the US Secretary of Energy, said that he wants gas prices in America to reach European levels… But now, that they have risen, Obama and Chu are changing their verbiage. And this verbiage ‘change’ is ‘only’ to gain re-election. They will say anything, in order, to keep the Obama con in office. So that, they will have four more years to, implement, ‘force’, their agenda down our throats…

Think of what will occur in America and in your life, if gas prices rise to ten dollars a gallon. The price of everything will go up… EVERYTHING! And this is what Obama wants… no matter what he may say ‘to try’ and gain re-election, and his examples and comparisons in his propaganda speeches of late are getting insulting, parochial even inane.

All Obama does is campaign and it is on the taxpayers time and dime. That is all he has ever really done. He passed the bills just sitting in wait and he is the puppet of those such as Soros to push forth ‘their’ agenda. Obama is a campaigner, a ‘community organizer’ and he is ‘trying’ to ‘organize’ America into the NWO and to be under the control of the UN.

Obama, by not allowing drilling, is actually forcing us to be more dependant on foreign oil… ‘his Saudi benefactors’. He can blab on and and lie, but he has made decisions and contracts that hurt America right under our noses, while we are paying his salary and his wife’s continual vacation expenses.

We have not developed energy alternatives that can take the place of oil, and if we ever do … this is a long way off and nothing will ever completely replace oil. We also have nuclear power which I believe Obama has also put on the slow track, if not nixed altogether. Nuclear power is a clean and safe resource for the most part. My father’s company used to assist in building them, in regards, to insulation to make them safe. Then we have coal and Obama is shutting down and bad mouthing coal mining…while ‘his friend Soros’ has bought many of them up. So, Obama is doing everything to assist, or to pay back his contributors and supporters… he is making sure that ‘they’ are in control of the worlds’ energy sources.

Obama’s ‘solar efforts’ have failed and wasted much taxpayer money. Sure, we need to research and to develop alternative energy sources, such as solar and wind, but we need to develop America’s oil reserves right now. Even as ‘green alternatives’ improve and develop, they will never completely replace oil, coal and nuclear.

The NWO Religion is ‘Earth Worship’ … Liberate the Soil – Un-dam the Rivers – Free the People – Unplug the Empire…  it’s about worshipping the earth… while minimizing the people.

Gorbachev stated that it would be ‘global warming’, the ‘EPA’, that would lead to the ‘New World Government’.

When in, actuality,many scientists state that global warming is inconclusive.

But if you say a lie often enough ‘most’ people will believe it. “It’s a web of lies.” (this is what Clinton calls it) to promote their agenda… Agenda 21… 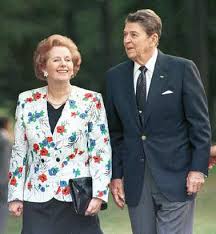 wn… this is the worst agenda of envy, evil and corruption.

Once America is destroyed… there will be no freedom anywhere, only world servitude to governments and dictators…who offer a ‘false’ sense of security… while really offering nothing, but enslavement to the government.

When Margaret Thatcher came to power in 1979, Britain was a dump, “the sick man of Europe” and on the brink of total economic collapse. When she left power in 1990, it was the one of the financial capitals of the world. She is associated with her political philosophy of ‘Thatcherism’, based on low taxation, low public spending, free markets and mass privatization. But she had to endure riots and protests from unions and those in disagreement in order to bring England back from the brink.”There can be no liberty unless there is economic liberty.” Margaret Thatcher

9 thoughts on “Globalization…Is anything about this beneficial for America?…”