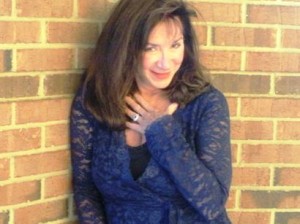 It can be good and it can be wise, but at times, it isn’t… like when ‘authority’ is wrong, or actually harmful.

I was taught to ‘respect authority’ … and I did, but I also questioned it and, at times, challenged it, because I was taught to ‘think’ by the educational systems I attended and by my parents, especially my Father. I also was born with an inquisitive mind and a strong will and with a sense of right and wrong imprinted on me by God.

Many of the Jewish people in Germany ‘respected the authority’ that told them to get on a train to concentration camps and ultimately their death. They were obedient to ‘authority’.

To respect and follow authority blindly is to be made a fool.

Just because ‘someone’, or a group has ‘authority’ over you, or some ‘so-called experts’ tell you what you should, or should not do, doesn’t mean they are ‘right’, ‘good’, ‘honorable’, ‘wise’ or ‘caring’, or have good intentions. It only means  they have the ‘authority’ and are wielding it. And any ‘authority’ on earth can be corrupted, with a self-serving agenda and even evil intent.

There are corrupt police, judges, attorneys, politicians, presidents, leaders, doctors, psychologists, advisers, teachers, etc. that may have ‘temporary earthly authority’, but are not worth respecting, or listening to because they are not respectful, wise, competent, nor do they respect the individual authority in you.

A ‘title’ means nothing… it’s the character of the individual carrying the title that gives it value and authority, or not.

Corrupt authority relies on ‘useful idiots’ to not only follow them blindly, but to help them implement ‘their agenda’.

I have noticed and learned that those in authority who are worth respecting and listening to, are respectful of their authority, humble, and consider it ‘their responsibility’ to do the ‘right thing’ for others… and that their authority is not about power over others, but wise, honorable, conscientious service to others. They have an element of self-sacrifice leading them more than that of a self-serving agenda.

There are so many rules today, too many, and regulations… many unnecessary and are used only for ‘control’, to levy fines for revenue, and to give someone false and meaningless power over others. Are all these to be ‘respected as authority’, or are they to be ‘challenged’ by thinking individuals?

Throughout history, many times, those who challenge authority are those who create a better world.

So, it’s my opinion, respect authority, but to also question it. That is what we must teach our youth.

If someone doesn’t respect my individual authority over myself and my choices, why would I respect them, or what they ‘suggest’, ‘tell’, ‘order’, or ‘direct’ me to do?

Consider the source of the authority, their reasoning and their agenda, why is it, what it is, and why is in place where it is and for what purpose? I have witnessed, seen and experienced many fools with authority. And these fools are looking for other fools to follow them…

It’s actually amazes me the ignorance of some in authority – their agenda, their manipulation, their lies, their ignorance, their complete disregard for truth, honor, integrity, or respect for an individual’s right to be and to choose for themselves.

So, in respecting authority there is a fine line… to do so can be wise, but then it can also lead to harm and even self-destruction and that of many in the world.

In this time of Leviathan … the words and intentions of those in authority must, it’s even imperative, that they be weighed, examined and questioned thoroughly.

We must teach people to think, instead of to follow, to reason, instead of  being lead, to have respect for self, mind – body – and soul – because by so doing, common sense will have a chance to reemerge. Otherwise…

Would you follow an idiot into hell just because they have the ‘authority’  and the fast talking words to lead you there?

Be your own authority…

One thought on “To respect authority, or not?…”