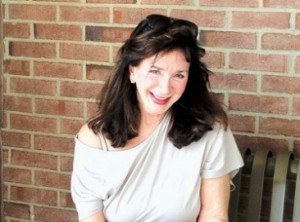 Have you ever been around someone who continually asks why, or how, or asks questions continually?

Why are your plants so green? Why are you so happy? Why did you do this or that? What are you doing? Where are you going? Are you having a diet coke? (When they could clearly see that I was.)
Continual and inane questioning…

Recently, I was around a person who did this concerning the most mundane and obvious. It was like being with a toddler or a young child. I recall my mother stating that children who always ask why, are usually not given enough attention by their parents.


In an adult, in my opinion, it comes across as being nosey, pushy, or someone who doesn’t have adequate conversational skills… the uneducated, low-information, non-thinkers. the lazy who just babble on asking inane things rather than thinking for themselves.
Being asked why and how continually makes me feel as if am being interrogated and it’s exhausting, not to mention irritating. And the person with all the ‘whys’ appears as dumb as a box of rocks and it serves to make me not want to respond and to not want to be around them. They appear needy and it comes across as childlike and is a real turn off.  So, I stop responding, turn off and steer clear.
I have had this phenomenon of the ‘why’ people brought to me  intensely on three occasions where it irritated me off the charts. Once with a housekeeper, then with a younger boyfriend and recently with a person I interacted with which prompted me to write this article. I perceived them all to be dense, unable to think on their own, or to figure out the most easy and mundane tasks, or subjects, with an inability to converse as an adult. And also nosey… people will usually share and reveal what they want to and when they want to without being interrogated. It’s the mature, and considerate who wait to be told and to have someone share, rather than to continually prod and question.
I have an inquisitive mind and I love to learn, but I don’t feel the need to ask ‘why’ continually. I converse in a different manner and I find out most of my answers on my own or let things unfold in a natural and comfortable manner and time frame with friends or acquaintances.
There’s the declaratory sentence.. that need be used more often than all that questioning in a conversation… this is how confident mannerly and respectful people communicate most of the time. There is a time and place for questions, but not all the time, at rapid fire, or before you even really have been around a person much.

Asking why too often is a sign of immaturity and immature thought processes…as in “Mommy, why is the sky blue?”

While, at the sametime, in my opinion, questioning is a positive thing, but most answers can be found on your own or will be revealed in time.

Ever experienced people of the ‘why’, and what is your opinion on those who inquire and question too much and too often?