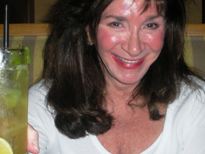 Would you trust someone who lies repeatedly?
Would you take business advice, listen to, or follow a man who has never run a company, built anything, managed a profitable enterprize, or did anything on his own, but just talked about it as if he knew about it and how to do it? (Obama)
Would you listen to someone who told you to share what you have, while they squander money on themselves and share little to nothing of theirs?
Would you elect a president to run a country who has never run anything? Would you elect a president who is immoral, allowed Americans to be killed, lied, cheated, was of questionable sexual orientation and that you knew little about because facts about them are hidden and covered-up?
How a person lives and what they actually do is who they really are… not what they say, or tell you they are….
A talking head is a talking head… they just talk and don’t do..
As a country, it appears this is what many are doing…listening to so-called, self-proclaimed ‘experts’ who really know little, but talk continually with so very much telling everyone else how it’s done, or how it ‘should’ be, while they accomplish little to nothing themselves… living a lie.
We are in a world of sales-hype, self-prompting, conning, BS and Leviathan spin. Truth is lie. Lie is truth.. up is down and down is up…
Sometimes, you just have to laugh about it because it’s all so pathetically lame, not to mention sad.
So little is of truth, reality, honor and actuality…  it’s mostly all a cheap, empty, facade… Even reality shows are scripted for effect and to attract viewers in order to get advertizing… it’s all about advertizment.
What happened to our country and its standards of honor, morality, integrity, sound values?
Has the advertising imagery, media con of what it ‘looks’ or ‘appears’ like must make it real and true, and if it’s said, it must be true, taken over all reality, common sense, virtue and honesty?
The self-promotion of this is who I say I am, never mind who, or what I really am, or how I really live my life…  has the lie, con  and cover-up become more important than what is true and real?
Many don’t seem to be able to discern truth or even want to hear or know it… they say it’s too harsh. But it’s my opinion that the reality of what is happening with the cover-up, corruption and lies are and will  eventually create a harsher reality than anyone will be able to bear…
Look to the left and click to follow and to subscribe…

3 thoughts on “Would you take dating advice from…”