Texting can be the laziest form of communication and especially in courtship. Far too many women mistake a series of texts for a relationship. Men who text too often and too much are a turn off …( also, a sociopathic/psychopathic ploy is to tie you to your phone, also it’s the MO of a ‘player’.)

Sure, texting can be used as a tool for quick communication and that’s just my point… it’s quick, thoughtless and cheap. A man or a woman can be texting many people, at the same time, to keep them on the string. When I’ve dated, if a man texts me in the first few weeks of meeting, I usually never see him again. If he emails or texts to make a date… his worth in my eyes drops rapidly. I ‘might’ take the time to suggest that I ‘prefer’ the phone, if I kind of like him. But then, if he continues too much lazy communication ‘texting

and emailing’… He’s put in the position of ‘friend’ or gone from my life. If he is lazy communicating, he will be lazy in bed. Lazy in life. Lazy in attention. Lazy in fun. Lazy in adventure. And who wants that?

I once interacted with a man in California and after a few phone conversations, he began texting me daily, if I had time, I would respond, ‘if I had nothing else to do’, ( and this is key. Get it? I only respond if I was in a lapse.) as he was ‘fairly’ interesting. I didn’t hear from him for a month and then he texted. My response was. “Who are you?” He reacted terribly offended. He apparently ‘thought’ that we had ‘some sort’ of a ‘real connection’ from a few texts. Ridiculous! I didn’t even know who this man was and a few typed words meant little to nothing. This man would text that he missed me, etc. and all sorts of nonsense when he never even met me. Idiocy!

Texting is an additional tool to aid in communication and great in a pinch… nothing more… and should be used as  such.

If running late to meet for lunch, sure texting is fine, but so much better is to pick up the phone. Technology has made many lazy and very poor communicators…

I have written about Leviathan many times…the devil of communication… more communication with less meaning and with so much of it that few will be able to discern the truth. That is what is happening today with all the cell-phoning, texting, emailing and media BS. There is no journalism… it is mostly about as meaningful as a text. Lots of useless information and words that convey nothing, just take up the air space.

So, let’s take the ‘Leviathan spin’ to personal friendships and relationships. A person can text many and have allegiance to none.  Face to face is how a real connection takes place and is nurtured. Phoning is one step removed and texting is yet another step removed. Emailing has replaced letter writing. We may communicate more and faster and to more people, but it is less meaningful… in fact, much of it means nothing. 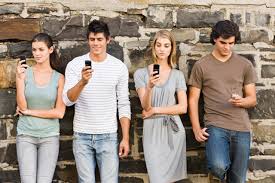 Many children these days communicate continually and almost exclusively by text. I have a young friend of 12 (actually god-daughter) who sent something like 1000 texts in a two week period. I inquired. “How did she have time to sleep and go to school?” She shrugged with a smile.

She had a sleep-over with ‘one of her best friends’ and they were sitting on her bed, backs to one another, and both texting. How not fun! How not connected! How not connected can you get to a ‘friend’?! What kind of marriages, friends, interaction with their c

hildren will this generation have if they get used to communicating by text?

I was in the grocery store and several people almost walked right into me while looking down at their phones.

In a restaurant, people sit together at a table and all looking at their gadge 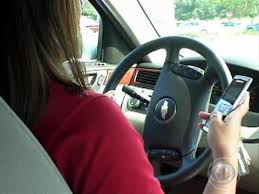 ts reading and texting away.

People text while driving and this can have disastrous results.

Why can’t we pay attention to the activity that we are doing, to the people that we are with and put the technology away more often than not?

Where is the human interaction and real connection these days? Technology may be doing  more harm than good, if it is allowed to take over our lives, our communication, our ability to really communicate, face to face, eye to eye, h 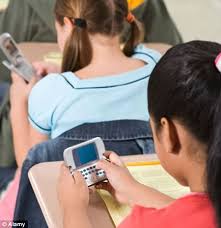 It’s the human voice that matters. The human touch. The being there and on time. It’s the face to face communication that builds friendship, affection, trust, respect and bonding through real communication. Our spiritual connection to another happens and deepens in person.

It’s as if people have become attached more to these technical gadgets than to people. How about leave it at home, turn it off and don’t use it for a few days and definitely when you are with another human being, put it away, and see how much better you feel. You may have ‘withdrawal’ for a bit, but after that, you will feel free.

In my opinion, technology is a tool that when used inappropriately is doing more harm than good…. and that’s what the Satans of technology and Leviathan spinners want. Think of the money that is spent on all this technology lining these people’s pockets so that they can created more ways to control you! The more disconnected people are from one another, the more easily that they are controlled by the government. Technology can appear to connect many and in ‘ways’ it does and can, but it can also keep us separated individually and apart from real human interaction. 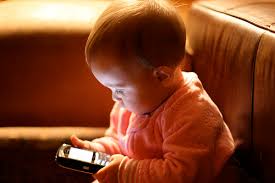 We are creating technology drones, with few human skills, who are losing the need and desire for real human interaction, are unable to commit to one activity, much less one person… and none of this is good for humanity…

Human interaction is a basic need… babies will die without it. So what are we creating here? Aa society of needy people… a society of unsociable, lacking in social graces, with no ability to really connect monsters…?

So texting… BA HUMBUG!!! How about use technology appropriately?!

And what’s ‘appropriate’ is another soapbox of mine…stay tuned…

2 thoughts on “Texting…the distance in communication…”