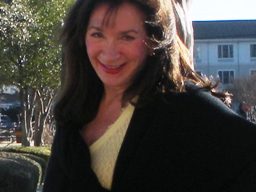 Many, many years ago, before I even actually knew what a Muslim was, or even thought about it (remember the good old days?)…

My husband and I were at a business dinner to entertain two Saudi Princes. My father was the owner of a construction and oil related company and in a joint venture.

There were eight other people besides myself and my husband then the Saudi Princes… One Prince, the older brother, sat at the end of the table, I sat to his left, with my husband to the left of me. The President of the company doing the joint venture was at the other end of the table and the younger Prince sat across the table.

This was an oxford-cloth-traditional group, except, for the Saudi Princes who wore multiple chains of gold around their necks, flashy bracelets and watches on their wrists, many rings on their fingers, silk shirts and shiny, slick suits…and, of course, with their dark skin and they both had mustaches, or some sort of facial hair… in other words, they looked like pimps…

It was the usual business dinner with a bit of personal conversation. It was obvious the Princes had no interest in talking with the wives.

But for some reason, the Prince sitting next to me, took an interest in me and asked what I like to do. I told him that I like to dance. His eyebrows raised. “I dance ballet.” From his reaction, I don’t think that he knew what ballet was, as I go on, “I am a ballet teacher. Ballet? France? The Bolshoi?”

He nodded acknowledgment then flashed a look at my husband and exclaimed. “You allow her to work!?”

“A woman such as yourself should not work.”

“I like to teach and I have danced all my life.” I answer as I thought, what a jerk, ‘allow me’. Is he kidding or what?

I don’t recall the rest of the evening’s conversation, except, that the Prince  took a liking to me. Maybe, it was my dark hair and olive skin…and my speaking up and challenging him at every turn.

These gold encrusted Princes were on a tour of America and to do some business and when they returned to Saudi Arabia, they were both to be married. I found them to be boastful and arrogant, but the one sitting next to me, not entirely unpleasant. I found him interesting to observe.

At the end of the dinner, the President, at the other end of the table, was given the check and paid it. When the Prince next to me realized this, he stood up in an explosion, practically lifting up the table, shouting angrily, I guess in Arabic. The younger Prince stood up in preparation to leave.

That President’s mis-step concerning ‘custom’ was about to blow up the whole deal…Quickly my womanly instincts took over. I reached up, patted the Prince’s arm, pulling him down to his seat and said. “How about the next time, we are in Saudi Arabia, you can pick up the check. Deal?” Then I smiled really big.

He chuckled. “You won’t come to Saudi Arabia.”

“Don’t be too sure about that.” I smiled.

The Prince paused in contemplation, (I could see the wheels turning in his head) as I continued. “We’ve had such a nice time. I have enjoyed talking with you so much. He didn’t mean to offend you. Now, why would he do that? He wanted to create a lovely evening for you and he did.”

With that, tension begin to leave the Prince.

“And we will be in Saudia Arabia to collect. Really, we will. You can count on it.”

The Prince chuckled, the tension was released, as he sat down and all was well…. (It was all about his ego.) 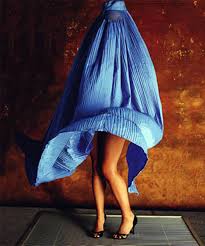 HIs reply. “Yes, and one reason they are in America is to party. Their wives ‘to be’ must be virgins, but the men sleep with everything in sight.  A non-Muslim woman is nothing to them. Saudi women cover themselves from head to toe, while in their own country, but when they go to France or England, they wear the finest designer clothing. Their women are meticulously groomed, in the Royal family, that is. I heard that they take their robes off as soon as they get on their jets and look like well-dressed socialites.”

I replied. “How disgusting and what hypocrites.”

At the Disco, we were dancing and having ‘fun’. I danced lots with the younger Prince who was a wiry little freak show unto himself. But, oh well! I was just getting through this business evening.

After getting our car and as we were leaving, my husband pulled back around to the front of the Disco then got out. He walked over to the Prince’s Limo, as I noticed several waitresses walk out of the club. My husband spoke to the waitresses then they got into Princes’ Limo.

When my husband got back into the car, he said, “Don’t even ask.”

But of course, I did…

So, these ego-driven, arrogant, braggadocios Saudi Princes were going through America buying women such as these waitresses… then going back to marry their virgins.

I hadn’t thought about this experience in years… but the other night while out with some friends, we were talking about how Muslims treat women and I recalled it…

Later the President of the company doing the joint venture told my Dad that I had saved the day…by my calming down of the Prince.

“Women in our (Islamic) culture are nothing. They are equal to the goat or the rug. Her purpose is to be married to her husband to give him pleasure. When a husband marries a wife, he purchases her sexual organs,”
Kamal Saleem, When Allah Doesn’t Answer

“when I want a sex-slave, I go to the market and pick whichever female I desire and buy her
Abu Ishaq al-Huwaini from Raped and Ransacked in the Muslim World

I could not remain a Muslim because Islam hates women. I think I always knew this, but as I got older that knowledge became more acute, Islam wants women to cover themselves, to stay indoors, to obey men, however stupid those men are. Islam says that women are inferior in every way. Islam distorted my father’s feelings. He did not want us, his own daughters, to be happy or fulfilled. He only wanted us to be good Muslims and for daughters this means to be suffering Muslims. What sort of religion forces fathers to make their daughters suffer? What sort of father thinks that his daughter’s hair is shameful? What sort of father tells her she cannot sing and dance when she is happy? A Muslim father.

This is why I am not a Muslim. My children, boys and girls, will be able to feel the wind in their hair. They will not be ashamed. They can sing and dance as much as they like. Nothing they do will shame me, as long as it is done with life and joy. Islam has no joy. Islam is a cult of tears and death.
Testimony submitted to the web site of the Institute for the Secularization of Islamic Society

A man is never alone with a woman without Satan also being present.
Hadith Al-Albani, Sahih al-Jami, vol. 1, p. 234.]

A woman’s rape is frequently the last act that precedes her execution.
This is explained by the rule in Iranian political prisons that the
sentence of execution cannot be carried out if the woman is a virgin.
Since there is a theological belief that if a woman dies a virgin she will go to heaven, the politically active virgin is forced to “marry” before her execution and thus to insure she will go to hell.
She is forced to “marry” the hangman who will carry out her execution.
Le Nouvel Homme Islamiste: La Prison Politique en Iran
(The New Islamist Man: The Political Prison in Iran)
By Chahla Chafiq

…. And we are allowing ‘this’ into America and being told that we can’t talk badly about Muslims…because they are so peaceful.. blah blah, blah!

These Saudi Princes were beyond arrogant and it was apparent that they could easily snap to do real harm to someone… hot-tempered – ego-controlled and impressed with themselves and their wealth and they want  everyone to know it and to bow down.

It is interesting that, ‘I’, a ‘mere woman’, was able to soothe the situation…

Which goes to show, even as these men want total control over a woman that her attention and allure can ‘guide’ or ‘manipulate’ them. Is this their real fear?

Their culture has this angel/whore thing going on, as many men do, not just Muslim… but in the Muslim practice this ignorance plays out in the most extreme ways…

There are so many complex insights in and to this experience…

What are your thoughts…?

And stay tuned… there’s a second part to this story..

15 thoughts on “My Evening with Two Saudi Princes…”