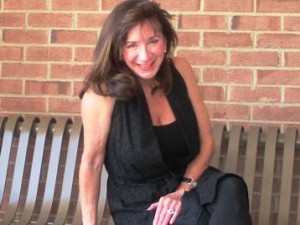 If you date, marry  or stay with a cheater be prepared to be cheated on because, if they cheated once, they will again.

If a man sticks it in another when he is committed or married to someone else he has no respect for women, men, commitment or himself.

People who cheat in relationships are just as despicable in other places in their lives. They are at their core liars. They cheat and cheating is a lie and most continue to cheat one after another. Foremost, it is a lie to their self for their justifications and reasons for cheating…. then their self-lie vomits damage onto all the others they draw into their equation of deceit and betrayal.

When I discover a man or a woman has, or is cheating on their committed partner, I lose all respect for them and get them out of my life. Some people place no value on honesty, integrity, commitment or fidelity and this is destroying love, commitment, the sanctity of marriage and the integrity of family and it’s destruction to the children brought into these unions. It is a blight on respectable society.

Children reared in a cheating relationship are taught by example that respectively men, women and ‘commitment’ to love have no value. Therefore, they grow up fragmented in this regard … and either recreate this kind of behavior in their lives, or try very hard to not be involved in this type of experience. But the imprint on them from the example in their childhood may create blinders where they may very well choose exactly what they don’t want.

My first husband was a cheater, an alcoholic, a gambler and a fraud to everyone he interacted with. I vowed to never marry a cheater or an alcoholic, but I blindly married exactly what I never wanted. I was reared by functional alcoholics and a father who cheated on my mother. He thought I didn’t know but I always did. I heard him talking on the phone to a woman when I was a teenager and my friends saw him out with women at local clubs and told me about it. When I got older, I took it upon myself to meet one of his women even as I tried to block this knowing as it repulsed me to my core and I vowed I would never have this in my life, but I did.

Later in his life, my father confessed his cheating to me and told me that he wanted to leave my mother several times and wished now that he had. It was strange to hear this from him as previously when I confronted him, he denied what he was doing. Denying is the main tool of a cheater. They deny and deny. Keeping up their image is important to their identity… trying to think and give the ‘image’ that they are a ‘good’ person, when they aren’t. Because what they are is a cheater and a liar. It would have been better in some regards, had my father been honest and left my mother, instead of living a lie that I had to endure.

When someone is cheated on, it is about the cheater. It is their immoral, corrupted character and the only thing to do is to get away from people like this because these people very rarely change. They are corrupted in their souls. They have a lack of respect for others in their souls. They steal, lie, and cheat. They are looking for something outside themselves to make themselves feel better and it doesn’t work so they just keep it up… just like an alcoholic, or any person who is addicted.

This behavior also spreads venereal disease…and oftentimes to the innocent victims of this sin. Cheating is a vile and corrupt character flaw and there is no excuse for it.

Bill Clinton and his debacle with Monica … put cheating on the forefront … when he stated that oral ex wasn’t sex. HA! And to ‘some’ he made ‘cheating acceptable’. What a rank man this slime is and for Hillary to stay with him after such blatant cheating, is a horrible example for women and society … and we all know what liars, cheaters, corruption even murder these two have inflicted upon society. As I have written before, I met the woman that Clinton had a long affair with while married to Hillary. This woman is a singer and she was preforming at a party I attended.  I spoke with her before realizing who she was. She had cold empty eyes and appeared needy and cheap in my estimation. Then a friend informed me of her notoriety… She has written a book about her affair with Clinton….. how tacky can one get?

Cheaters are at their core cold, unfeeling people because to cheat on someone or to cheat with someone when they are in a committed relationship is a self-serving act and to do this a person is cold and places no value on what they are doing to others.

Years ago, I was asked out by a famous actor who at the time was separated, but still married, and known for his womanizing.  I turned him down flat. Much later, he is in the news for having throat cancer and he attributed this to his having had oral sex with infected individuals.

Wake up world! The spreading of venereal diseases is a symptom of a corrupted society.

Cheating isn’t exciting or glamorous… it’s skanky! And those who participate in it are of low moral character and nothing about them is sexy, attractive, loving, sensual or desirable .. they are a disease and blight on society.