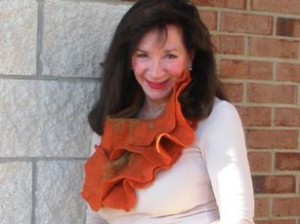 A simple definition of conscience is that it is a conviction or being conscious of a custom.

Biblically – From a Christian perspective a conscience is about having God’s standard in our heart to guide us in how we conduct ourselves. The Bible tells us that everyone has a conscience. God’s standards are written on everyone’s hearts. It is just that everyone does not follow the conscience that God gave to all of mankind. Jesus provides us the ultimate standard that our conscience should follow. Acts 24:16, Romans 2:14, Romans 2:15, and Isaiah 11:10.

We become aware of our own conscience when we are thinking of doing something wrong and a little voice says, “No”. Or we get a twinge in our hearts of the ‘certain knowing’ that we are not being true to our soul.

Our Conscience is a Standard To Live By.

From a Christian perspective a conscience is all about having God’s standard in our heart to guide us in how we conduct ourselves. Acts 24:16 provides us a definition of conscience.

Does everyone have a conscience?

Does this include Christians, Jews, and the unsaved – everyone? The question is what ‘standard is followed by a person’s conscience’… their individual moral adjuster… Romans 2:14 advises us on how everyone has a conscience. But we all have different and varying ‘individual moral adjusters’ based on our personality, our circumstances, the way that we were reared, and what we have been exposed to that creates our internal awareness to alert us to when we have gone against our heart…our soul. Some say, it’s even based on the timing of when we were born, our individual astrology, if you will…

A Law Written In Your Heart.

Conscience is a group of laws in your heart. Mankind has demonstrated that they know God’s principles. No matter, if we know the Bible or not,most of us know we should not murder, steal, be jealous, commit adultery and generally not do the things that displease our Creator. Romans 2:15 provides us another definition of conscience.

But some choose to ‘deny’ their conscience in order to gain worldly goods, power over others, or acceptance. Some turn to evil or addictions to suppress their internal pain of going against God’s conscience and who they are. Those hooked on drugs, alcohol, food, sex, the power hungry are looking for something outside themselves instead of looking inward to who they really are and to what is written on their hearts. For some, God is not enough and who they are is not enough … Therefore, they must ‘feel’ in control, in power over others, strive to feel pleasure all the time, or they crave and find escape. Some will deny the realization of their conscience in every way that they can seek, or find.

My opinion – our conscience is ‘our individual moral adjuster’…

Those with a conscience have a moral adjuster that guides them, and lets them know when they are being true to their soul and when they are not. They will feel bad, sad, hurt, or guilt when they know, or realize that they have harmed someone on some level and have done ‘wrong’, when they have gone against God. And they will not rest or feel ‘good’ again, until they have apologized, righted, or confessed that wrong.

Those of conscience are aware of others’ feelings and have respect for people and humanity. They are awake. They have a strong realization to know right from wrong and they listen to their heart and the signals that they get from their ‘inner knowing’. They have a heart, mind and soul that guides and tells them right living from wrong. Their conscience reacts when they have stepped outside their moral adjuster and they are pulled back to listen for moral guidance, in order, that they come back to center.

In my opinion, there are more people now who deny their God given conscience, in order, to have worldly gains, or to feel powerful, in control, to escape, and to feel momentary pleasure.

God was booed at the Democratic convention. Are these people listening to their conscience?  It appears many feel angry, unhappy, forlorn, envy, greed, and are looking for the ‘momentary’ gain of ‘stuff’ or some temporary high to ‘momentarily’ lift them up. They are not thinking of eternity. They are concerned about the now, instead of what is ‘right’ or ‘wrong’. And that is what some politicians among others are counting on… they care not if you lose your soul as long as they get what they want, which is to control you.

It takes allot of effort to suppress your conscience and it will eventually catch up with you. As a person gets on in life, you can look into a their face, their eyes and see whether they are true to their conscience… true to their heart.

We all error and make mistakes… but those aware of their conscience will ask for forgiveness and release it to God. Those unaware will try to suppress it with addictions, acquisitions, manipulation, power and control to try and ‘fool’ themselves and others … but it doesn’t work for long and certainly not forever.

Look into faces and eyes. Look at those in your life and those on life’s bigger stage. Look past their hair, make up, clothes, title and lies and really see into their soul. If you do and can see clearly, you will be able to discern, if they adhere to what’s written on their heart, or if they have compromised it for worldly gains.

Many people appear to be blobs walking around in a fog… looking for their next fix or high… what they will eat, drink, what drug to put into their system, or who next to con and to screw over looking for some kind of an escape from the reality of who they are.

Clear eyes and hearts can be recognized by those who can see.

What do you think, does everyone have a conscience?

6 thoughts on “Conscience – a law written on your heart. But does everyone have one?”