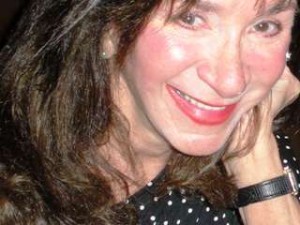 When I was around 13, a girlfriend invited me for a sleep over. I had known her for a couple of years at school and she lived in the same neighborhood, a few streets over, in a lovely house with everything a family could want and more. We talked about school, boys, clothes and hair… the usual topics for girls of our age in that day. We munched on pizza, popcorn and drank soda pop.

We got ready for bed and snuggled in together in one bed (there were two full size beds in the large room) and read teen magazines, Seventeen, Cosmo, and movie star rags….

We turned off the lights and watched TV…scary movies. It was fun being in the same bed and snuggling in watching horror movies. My sisters and I did this often and slept together as I had with other girlfriends. But she kept getting closer and closer and I began to feel uncomfortable. I would move away, but she would move close again. After we turned the TV off to go to sleep, she put her arms around me and tried to move her hands over my body. I wiggled away and told her to stop it. She stopped, but then tried again. “Let’s pretend, I am the boy and you are the girl?”, she suggested.

“No. You are a girl and so am I. I don’t want to pretend. I want to go to sleep.” I answered. (my instincts were on alert and I wanted to go home. At that age, I think I had been kissed ‘once’ by a boy, in a game of spin the bottle. Her pressing her body to mine felt sickening and not right.) I scooted away, but she came closer. Finally, I sat up and said. “I am sleepy. Go to the other bed, or I will call my Dad to come get me.”

“Oh alright.”, she grumbled as she went to the other bed.

The next day, we played at her house for a bit, but I never felt she was my friend again. I looked at her differently. I didn’t stay at her house again and would avoid being around her at school. I knew what she was did was wrong because all my instincts told me so. I never told anyone about what happened. I thought it too weird to talk about.

Later in high school, I heard this girl was ‘wild as a buck’ (as my mother would say) She drank allot and did drugs and no one else I knew did the things that I heard that she was doing. I heard that she got pregnant as a teenager and had the child. Then I never heard anything more about this girl again.

I cringe when I think back to that night…. that night this girl tried to infringe upon my boundaries and tried to entice me to do something that was not me.

I don’t think I even knew what a Lesbian was at that time … these kind of things weren’t discussed and much was not known about this kind of behavior in my world in those days and I am glad. It felt wrong, was wrong and when I look back it still gives me the creeps. I was an innocent young girl and the exposure to that was disgustingly gross.

Today the sexualization of our children and all that they are exposed to and is displayed before them and discussed makes me wonder. How many try and experience things just to do so because they ‘think’ it’s the thing to try, or to do, because it’s shown in such abundance and in an ‘okay’ light? How many try this ‘stuff’, when it is not in their true nature? How many get messed up in their heads and emotions because of what is shown to them and what they might try because of this, then have their sexual expression distorted because so much is exposed and talked about so openly.

Is there over exposure of alternate sexual lifestyles? Are we over sexualizing our children and our society? Are the media, movies, TV shows, talk shows, ‘movie stars’, etc. assisting in messing up our kids up in this area?

Are our young people being encouraged to try things that they never would try if they had not been exposed to these possibilities?