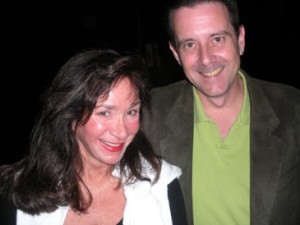 At a Tea Party event, at the Studio Movie Grill in Plano, Tx, while eating chicken nachos, I watched the film UNDOCUMENTED, produced by Robert Curlin, the man with me in the photo.

This is a well-done, informative documentary about immigration, ‘undocumented illegal aliens’, working and living in America, and how they get here, why so many come and how they are weighing down and draining the system in  America. The interviews and personal stories show both sides of this complex and corrupt issue. And while we can all understand the plight of these people,,  we need to investigate why they don’t stay in Mexico and along with their government and leaders develop their own country? Why are they entering and sucking off America?

One Mexican woman in the film stated that she thought America must be full of  idiots. “If America stopped offering all they do for us, we would not come.” And many answered that they got here by ‘jumping the fence’.

Justin Malone is the instigator and writer of this film and his idea was stirred up watching his neighborhood in Dallas change drastically, realizing that everything around him was Hispanic, even the order taker at McDonald’s spoke Spanish.

This film covers hate America protests, to Farmer’s Branch, a town in Tx. becoming stagnant as Hispanics move in, businesses shut down, slum lords take over and the townspeople ‘try’ to take their town back.

It was shocking to watch as the harsh reality is shown about how the ‘coyotes’ (human smugglers) lead the people from Mexico here for payment. Many times, forcing them to pay more than once, to carry drugs in their back packs, and if they can’t pay, the women are raped with

their underwear left in a tree to show as a warning to others.

Why they come to America, is for freedom and our free enterprize system. And why they are allowed in is for votes and money by ‘certain government elected’ who want to keep their power and positions. FOLLOW THE MONEY… it tells the full story of the corruption…

These immigrants hide in plain site, working for less money than Americans with income unreported and sent back to Mexico. So, they are not only taking jobs, but are sucking large amounts of money out of our country having paid no taxes on it, just as the people and companies that employ them pay no payroll taxes, etc. on them. 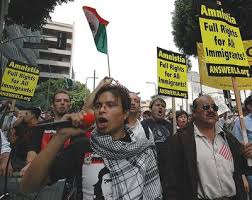 Illegal immigrants are getting away with murder. SSI = Supplemented Security Income can be applied for when an immigrant develops permanent residency or a gets a visa… they are legal, but not citizens, and they can receive benefits that real American citizens can’t. And once a direct deposit bank account is established, they can leave this country, go back to where they came from, and receive money from America, our tax-payer money, for life. They know this racket and know how to work the system. And why so many dead people are getting money from the American Government.

Example: a Pakistani can enter America, get into ‘this program’ then have some shady Pakistani doctor claim that he is disabled in some way and he can go back to Pakistan and receive income for life as long as there is a bank account to deposit the money into…  They help one another extort from our system. It’s a 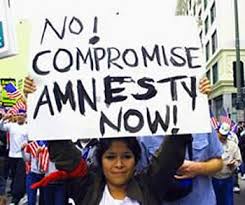 The persons making this movie tried repeatedly to talk with Border Control and were stood up five times. And their emails were hacked into and equipment disappeared. Apparently, some don’t like anyone shining the light on immigration.

An important point to emphasize is that although the movie was finished after the Presidential elections of 2008, leaders of both parties predictably shied away from the illegal immigration topic until the midterm elections of 2010—the Arizona law & current events over the past year (Fast & Furious, Uncle Omar, the NY law firm being charged with over 25,000 fraudulent statements on visa applications, the gang violence both in Mexico & along the southern border towns, etc.)—have all provided a resurgence of interest in the topics the movie addresses. The sad-but-true i
rony is that the movie is still quite topical, as very, very little has changed over the past 3 years regarding illegal immigration.

For an excerpt of the movie, to learn more and if you would like a showing for your group….

Loud applause and clapping rang out when this quote from Theodore Roosevelt was read:

We must secure, even close our borders from all sides, to curtail this raping of America.

4 thoughts on “Witness the biggest cultural phenomenon of our time…”