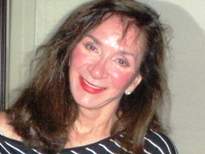 Leviathan is a three-headed devil deriving from

the ocean and rules over twisting the meanings of words, so that nothing can be clearly understood in order to create fog and confusion in the world.

Do you know truth when you hear it? With all the spin going on in our world today, it is making it more and more difficult to discern the truth. Twisting and spinning in the media, changing meaning, slanting outcomes, not reporting what actually occurs, but instead reporting what furthers ‘their’ agenda, seems to be the action of most in today’s world. It hits us from all sides, the TV, computer, radio and the Internet. Daily, we are bombarded with the fog of continual spin.

We are being told not to refer to things as they really are and to not hear and see what we really see hear, or feel. We’re to believe what ‘they’ tell us to believe, instead of, what we know to be true. Just forget what’s true and believe ‘them’ instead. But they can tell you anything, and until you believe it, it’s not true.

Obama used the word ‘hope’ when he campaigned to get where he is. Hope?! Obama is taking away hope and in its place he is putting control over every aspect of your life.
It’s like a playboy trying to seduce his prey. He will compliment and tell her any and everything to get her, even “I love you.”
But once seduced by his spin, she is screwed, and he is on his way. That’s what is being done to America. We are being seduced and spinned. So, we can be screwed.

Speaking of playboys…Clinton for example: Remember the Monica Lewinsky scandal? And Clinton pointing his finger at us through the TV screen as he said, “I did not have sexual relations with that woman.” When obviously, he did. And most all of us knew that he did and knew that he was lying. But lied, he did, and he lied as easily as he opened his mouth. Then impeachment hearings were started and that’s when Clinton stated. “It depends on what the word ‘is’ means?” A Leviathan master at work.

Now, Clinton is caught up in another scandal. That he told a man to step out of a political race to let another win in order to suit ‘their’ agenda. Clinton, of course, ‘denies’ doing this. And others deny it to protect themselves from the light of the truth. Liars always deny. How can anyone ever believe Clinton? He has  proven to be a blatant liar. Yet, he is still supporting candidates and blabbing spin in the media. It’s Leviathan at its finest.

Look at Obama and Pelosi… they contradict themselves even in the same speech. Truth seems not to matter to these people and they must think that the masses can’t see through their lies, Leviathan spin, and self-serving agenda.

Anyone with a brain knows that we can’t give better healthcare to everyone at a lesser cost. It’s impossible. It’s a lie. It’s Leviathan. It’s twisted logic. It’s twisting words to lead astray. This bill is to enslave the people to the government and it is of pure evil.

Oh, it’s a lovely idea and hooks fools into ‘believing’  that’s it possible, but it can’t be done and it won’t be done. It’s only a ruse to take more of your rights and freedoms away and to give more control to the government.

Leviathan seems to be getting stronger and stronger. This word spin devil causes confusion, twisting, spinning words and meanings, so that little truth is heard, and confusion abounds. The more confusion, the easier it is for people to be led to distraction then destruction. Many politicians and much of the media are in collusion with the devil Leviathan.

Especially this current administration is counting on the inability of the people to discern truth as their Leviathanian tactics get stronger and stronger. ‘They’ think that if they say it often enough, spin it enough that the people will believe it.  This exact statement has come out of Leviathan-controlled Obama’s mouth.

Obama denies that he knew what was being preached at Rev. Wright’s church and those caught in the Leviathan spin spell, believe him.

There are liars everywhere these days. Truth is the rarity. And when the truth is spoken, or revealed the Leviathan spinners come out to try and make the truth appear the lie. It’s spin, twist, deny and confuse.

We must get back to the truth of the constitution. Our founding fathers created checks and balances to curtail a take-over by liars. The founding principles are sound and have made America and its people the finest and greatest in the world.

One of the most important issues is that we be governed by natural born citizens. There sure is alot of smoke about this issue, even more than around the Clinton-Lewinsky cover-up. Where there is smoke, there is fire. So, ummm… is Leviathan spinning or what?

We are being led astray by many in the international field that want to weaken America for ‘their’ benefit and Obama’s backers are leading the way to the biggest push ever to this goal.

America is founded on Judeo-Christian principles and there is a reason for this and this is the reason that America is what it is. THE LAND OF THE FREE AND THE BRAVE!

The Seven Deadly Sins are running rampant in our country and it is time to reveal them to the light of  TRUTH!  Instead of the Leviathan spin, that it’s okay to live this way.We’ve been led astray by the  evil Leviathan spin to believe that morals, standards, truth and honor don’t matter, when they are all that really does matter.

How do you discern the truth from all the lies? I say listen through the words, watch the actions and agenda, and how it feels to you deep down in your spirit.  If your spirit is true and you are true to your spirit, you will be able to discern theTRUTH!

And when someone shows you what a Leviathan they are BELIEVE THEM as in CLINTON!

Come back to your innate God given instinct of discernment.  We must hear through the evil of the Leviathan twist and spin to bring our country back to the truth.

‘They’ are afraid that we will see the truth. That is why they twist, churn and spin.

Wake up people! Hear through the spin and lies!  Hear the TRUTH!

25 thoughts on “Do You know Truth When You Hear It?”