Women you see in this burqa attire or with their hair covered in the Muslim way are under Sharia Law… they are under suppression and oppression because they are female.  Females are not equal to men under archaic practice of  Sharia Law, they are considered property and all Muslims are under this, if they denounce Sharia then they become infidels and are subject to being killed.

A few months ago, in a local restaurant,  I saw a woman dressed in burqa black head to toe, a truly ugly sight. This was a festive place filled with colorfully dressed women, well groomed with hair in ponytails or flowing down their backs, also being Summer, all were in shorts, sundresses or workout clothing… then there’s this sad woman covered in black standing over to the side. As I glanced her direction, I felt sickened for this sad sack being in the home of the free and the brave, covered completely in black, in this archaic oppressed cultist way, in 100 plus weather in one of the fashion capitals of the world.

In America, people are free to dress as they choose.. . so for this woman to be under that oppressive dress was a pathetic sight.  To be dressed in this manner, this woman had no choice, no rights, no freedom. Her sad face with her dark eyes darted around the area and I wondered what must this pathetic creature be thinking. Everyone was talking, laughing, eating and having fun while she was standing alone. Who was she with and why was she here?

Then three men approached her, one motioned to her to follow. They walked out with her following behind. So was she left in some corner off to the side, while the men ate?  A bizarre sight to observe in modern day America.

Sharia Law is as against women’s rights, freedoms, and equality as much as any practice could possibly be. Why are we allowing this anywhere in America? Sharia Law is not compatible with our Constitution or compatible with women’s rights or anything else in America. Why aren’t feminist groups up in arms about this practice? Sharia law should be outlawed in the US. Practicing Sharia should be considered a crime.  It is the definition of abuse.

If we disallow this practice in America, how free will these women feel and become?  Do they even know what freedom is, to feel their hair blowing in the wind, able to laugh, eat, have fun, to wear what they choose to wear… to be free? This is what Muslim men have fear of, women being free. Because women would not be around men like them were they free. Muslim men must be the weakest, most insecure, evil things that ever existed. They have no idea what love, respect and trust are with a woman.  They marry children, force women to cover themselves, curtail all freedoms, beat, rape, maim and kill the female.

“The hijab, the niqab and the burqa are the symbols of Islamic misogyny and manifestations of a culture that considers violence against women acceptable — the quran even says to beat women from whom a man may “fear disobedience” (4:34). I am sure, therefore, that this kind of thing happens far more often than is reported. Even when little girls as young as this are the victims.” Pamela Geller

Why would a 4-year old need to be covered? To stop Muslim men from desiring them? How sick and perverted is this cult?

The oppressed pathetic woman covered from head to toe in black on a beautiful summer day looked like she was in Halloween costume and I pondered the horror of her life … covered-up, under the control of  the archaic evil practice of Sharia Law and for men to treat her as they desire with no concern for her, raped, harmed, denied pleasure,  tortured, even killed and this disease is entering the US at rapid rate under Obama who is a traitor to all Americans, the Constitution and freedom.

Practicing Sharia is a crime, it’s against laws in US, not compatible with our Constitution and should be outlawed.

Global war on terror had been an effort to “stay free of Shariah,” or repressive Islamic law, until the Obama administration began siding with such jihadist groups as the Muslim Brotherhood and its affiliates. Muslim Brotherhood has infiltrated the Obama administration.
http://www.thepoliticalinsider.com/former-cia-officer-just-exposed-obama-our-worst-fears-are-true/#ixzz3nfrwXTLv

These people cannot adapt to American ways if following Sharia Law. It is submission and is treating women like property or animals.  Muslims cannot be Americans and should not be allowed in America unless they adapt to our ways, our Constitution and our laws. Therefore, the obvious conclusion is that Muslims cannot be real Americans, so they should not be allowed in our country.

The Burqa and similar dress should be outlawed in America and all civilized countries as it goes against freedom and everything a glorious woman is.

A woman is the heart of a home and society and those who ignore this are destroying themselves as they destroy love, respect, refinement, grace, kindness, softness, beauty,  comfort, caring, everything good and worthy, etc

The Obama regime is full of radical Muslims and they are all traitors to America. 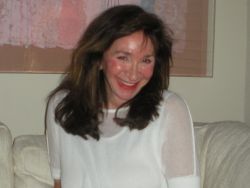