About twenty years ago, I was visiting a friend in Manhattan Beach. He was invited to a party at an actresses’ house in the ‘Hollywood area’ because of his business association with her. So, we  attended. I knew no one there, but apparently, I resembled some wife of a studio head so I was greeted as if many knew me or thought they did.  I was outside admiring the lagoon when a world famous, Hollywood elite – actually ‘acting royalty’ – as in from a  family acting dynasty, actor approached me. I had seen him in many movies and on TV and liked his acting.  He was friendly, talkative and began flirting with me. I knew from the tabloids that he was not divorced from his first wife, although they had been separated for years. He was seen dating many and was known to be a womanizer.  His flirtations to me were flattering – I guess. But I disengaged from him.  No way was I interested in dating a womanizer, still married actor. Yet, everywhere I went, he was close by watching me. Men, such as this, when they set their eyes on a target and are not successful, just keep at it. He approached me again and again. Gave me flattering compliments – asked if he could take me to dinner. To which, I responded, “You are still married. I don’t date married men.” To which, he stated, “But the divorce will be final soon.” I said. “Call me when it is” Then laughed and walked away. Clearly, being the top actor that he is, he was not used to being rejected. He touched my arms, tried to hold my hand, put his hand at my waist, like he was trying to appear as if we were a couple and I was his.  He leaned in as if to try and kiss me and I turned my head. He tried to corner me, by moving forward forcing me to step back against a wall, so he could have my full attention and be in control. I stepped away and disengaged.

My friend  and I left the party – going onto another. The next day, this actor called my friend inquiring about me. Asking if he and I were a couple, asking all sorts of questions about me. My friend told me that this actor was smitten with me and would fly to Dallas to take me out. To which I responded, “I do not date married men, no matter who they are!”

Get it ladies? You set the boundaries. You know when a man is leaning into kiss and you can easily step back or turn your head or talk loudly to embarrass him or even scream, ‘NO!’ So that others hear.

These stories I am hearing about Trump sound like bogus lies to me. All coming forth at this time, for political agenda. That one woman’s story of being on an airplane and saying Trump was all over her. I call BS! At his first attempt, all she needed do was say I am not interested and get up. Yet, she says something like if his hands had stayed above the waist, well, then she wouldn’t have been so upset. Really?  If any of this is true, it shows that she allowed him to touch her so he kept on. But I think this whole thing is a made up lie to correlate  with the leaked Billy Bush tape.  It’s a set up!

So what if Trump likes beautiful women and approaches them?!  It doesn’t mean he disrespects women but admires their beauty. And as far as him forcing a woman to do something she is not interested in – I doubt that very much.

The above actor, I mentioned was an ambassador to some humanitarian political organization or some such. He is high profile. He is married again and has children in the home. How stupid and idiotic would it be if I came out and said what he did to me at a party? It would be incredibly inane.  He is a good actor and a fine person in most regards. He just pursues women that he finds attractive – SO WHAT!?

Sexual harassment and assault – I  have had this occur when I was asked to write a book with a man in the financial industry. He was married and lived in my neighborhood. I knew his family and was acquaintance-like friends with his wife. He came onto me verbally  during our book collaboration. I would ignore his stupid comments then finally it was too much when he grabbed the pearls   around my neck and pulled me to him. I pushed him away and left. Then I called him on the phone telling him that I would not do this project and to leave me alone. And at the time, I needed the money, he was paying me because I was going through a divorce. then I found out that he raped a woman in his office and that he had a history of this kind of behavior – as in other financial institutions that he worked for in his past had settled  with several women who made sexual harassment accusations against him.  I filed a lawsuit to break the contract between us and I did it immediately. I didn’t wait. I did it the very next day. He was very well-known in our area as am I. So it made the paper big time. It went to trial. He settled with me.  And during that time, they tried to say I was crazy and everything else to disparage me and it did not work. I was telling the truth and I prevailed. His wife divorced him.

I have been through enough things such as this to know what is real and what is BS. Men come onto women they find attractive and this is very different then sexual harassment or assault. Women set the boundaries. They say, ‘no”! Disengage or file a lawsuit immediately, if it really is sexual harassment or assault.  They do not wait 30 years and come out just before an election to whine and say he groped me or he ‘looked’ at me or whatever these bought and paid for accusers are doing.

About Trump looking at the women in the beauty pageants. At one time, Trump went on Howard Stern and he put it out there as he beat his male ego-driven chest about sex and women. At the time, he was not running for President … he was a novelty kind of reality show guy. Many years have passed. So again, I say so what?!

Do I like the way Howard Stern and others talk about women? No! It’s lame, immature and rank. Men like this have the need to beat their chest and say these things. It’s males being idiots!  Most men talk this way about women to one another, at times, bragging,  beating their chests as if to claim… ”  I am man hear me roar!” I say … who cares?! Be an idiot.

Wise women see right through what this is and disengage.  And men can grow up and change. So 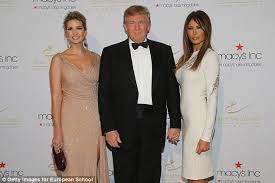 me don’t like Bill Clinton did not, but I believe Trump has. And also that most the women coming out with their stories and accusations just weeks before the election are bought and paid for, ‘you know what’s’ to do so. Otherwise, were it true and so traumatic, they would have dealt with it at the time as Clinton’s victims did to which Hillary further victimized them.

Trump is my choice for President. I believe he, his knowledge and expertise are what America needs. Hillary’s  agenda along with all  lib/dem/progressive  is to lead us into the NWO under the rule of the UN. With this kind of duplcitious leadership – America will be no more.

I write about women respecting themselves and setting their boundaries.  Hillary Clinton/dems/libs/progressives respect no one but their agenda – especially women, blacks, minorities, etc. They use them for her cause and benefit which is for more power and wealth for the NWO and those who will benefit from America’s destruction.

Trump is going against their agenda so they are against him. Making America great is the exact opposite of what they want, no matter what they say. They are liars, crooks, progressive communists. 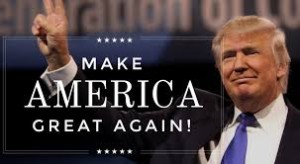