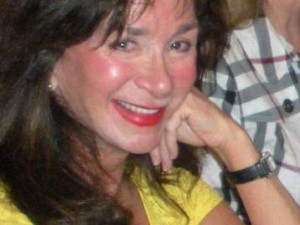 The evening with the Saudi Princes pretty much disgusted me. Observing their behavior, learning how they live and treat their wives offended my very being. The Saudi experience occurred in the Fall of that year and by that Summer… I found out that my husband had an illegitimate child with his secretary.

Our marriage had been weighted full of ‘his’ problems…

I married him out of college and soon discovered as he got into the world that he was an alcoholic and a gambler. He had us deeply in debt. As I saved money, he gambled it away. Now, in a horror scenario, not unlike Maria Shriver’s situation… I found he had been living two lives…  https://blog.womenexplode.com/2011/05/17/i-have-been-where-you-are-maria.aspx

He had his life with me. I was a housewife and taught ballet. He worked for ‘my’ father’s company… I wore myself out trying to make him ‘appear’ good and okay… like our life really was what it ‘appeared’ to be on the outside, but it wasn’t. I was married to a baby, who wore a suit to work, played golf at a country club where ‘I’ was the member…

His other life was that of a drinking, gambling womanizer… hanging with the kind of women that he would never marry…

He was using them, and he was using me and he was loyal to no one, including himself…Geez! kinda like a Saudi Prince… Ha!
https://blog.womenexplode.com/2012/01/09/a-muslim-experience.aspx

I recall him telling me towards the end of our marriage that he really liked going places with me because when I entered a room everyone’s head turned.  I inquired. “What are you talking about?” He explained further, “Like at the ballet, when we are shown to our seats, all eyes are on you. I feel noticed and important when I am with you.”

Just about explains it all, huh?

Soo… he liked what being with me made ‘him’ feel like. And the other women? He was with them because they made ‘him’ feel another way… I was out there and seen to enhance ‘his image’ of himself and they were in the shadows hidden. But the bottom line is that it was all about ‘him’… not anyone else, but him and how someone ‘made him feel’ about himself.

Of course, it was devastating to me to have all this revealed. Once, I found out about his secretary, I discovered that he had been having affairs ever since we were engaged.

I call it the Angel/Whore complex…The wife is the ‘good’ one… with the ‘Mrs.’ before her name and the others are insignificant playthings… But no one matters… it’s just different placements…to make the man feel a certain way and to give him what he wants…

I wonder does this kind of a man ever think about the women, their feelings, and their emotions? Or is it all only about him?

My ex-husband was a Baptist and strictly reared … no dancing and no drinking… Ha! Because he and his brothers were wild and were cheaters… Kinda like that Muslim practice, pushing their ‘morality’ when they are about as corrupt and immoral as anyone can be.

And my ex denied his child with his secretary in an ‘effort’ to try and get me to believe that it wasn’t his, and to ‘save’ our marriage, his facade. Our marriage was the facade that gave him ‘respectability’. He eventually paid her off and signed all rights to the child away.

While he was begging me to not divorce him, telling me that he loves me, always loved me … blah! blah! I find that he is having an affair with a ‘flight attendant’. How do I find this out? She sends a sex ridden card to ‘my’ house… about two days after I kicked my husband out.

After I divorced him, I never saw him again, but I have wondered, if he ever acknowledged his son. Amazing how cold, self-serving, selfish and immoral some men can be….

How and why do some men live one life that is presentable and respectable and another that is on the edge? Almost like they thrive on the duplicity of it all… the thrill of the hiding, the thrill of seeing how long they can get away with it…

Why do some men think it’s okay to live like this? We know Muslims have no respect for women, but why do some American men behave and live in this manner? Like they think, that ‘where’ their sexual organ has been doesn’t matter. But it does! To a woman like me it does… when I find a man has cheated… it’s over… And if I know a man cheats on anyone, I lose all respect for him.

There I was that evening, feeling sorry for Muslim women, hearing about how they are treated… and I was living a similar nightmare…

Is it some kind of a male entitlement that some men think they have? Is it that they ‘think’ what the ‘wife’ doesn’t know, won’t hurt her? Is it that the sanctity of marriage means nothing to some? Do some men ‘think’ all women are second class citizens and that they can treat them anyway that they desire?

Do they have an Angel/Whore complex… they marry the woman, ‘the Angel’, who gives them the facade of what they want to appear like…the respectable life, then play with the Whores?

An Angel will help a man see and know who he really is, assist and guide him along the way, helping him to be the best man that he can be and create a great life in ‘reality’… A Whore will ‘momentarily’ make him think he’s everything that he isn’t… it’s all delusions as she uses him and he uses her…they suck the life out of each other…it’s all comes down to destruction of life and souls… all for the male’s ego and ‘sex’… how lame can anything get?!

What is it with some men?…And don’t they realize, if they live like this, that in actuality, they are whores…just because they are men, gives them no escape from what they really are… They are man whores…

My sister ran into my ex lately at the grocery and reported that he is really fat and has some sort of severe health issues…well… ummm….And I heard that he went bankrupt several times… soo….