At our house, my mother would pretty much allow us to have snacks when we wanted them. When visiting my grandmother’s, after the dinner dishes were done, she would proclaim, “The kitchen is closed for the night!”

After she was settled in her bedroom, we would quietly sneak down the stairs and into the kitchen  to make popcorn or to raid the frig. hoping and thinking that she didn’t hear us. When we came back up stairs, she would shout from her room, “You kids, better have left my kitchen spotless!” Which of course, we did. We disobeyed her ‘kitchen rule’ and had we not left the kitchen clean. What would she have done?  Probably told us that the next time we sneak into her kitchen to clean up after ourselves.  She would not have banned us from the kitchen and given us no food for the rest of our visit.  She wouldn’t have starved us for our childish disobedience or sentenced us to hard labor in her backyard.

In America, if a college student protests, tears down posters, banners or whatever, nothing  much if anything happens to them. But in Korea and other countries there are harsh punishments for things that are considered the norm  – are allowed or even are our rights in America.  In America, we are free! Inquisitive, rebellious college age young adults that commit acts of protest aren’t given corporal punishment. And if a crime is committed, we have the right to a fair trial.

Everyone who  visits a country, so very different from America needs to learn and be aware of their customs, rules and laws. Because extremely harsh penalties and  punishments are given for what we consider our rights in America. Some other countries treat human beings with no value and they have few if any rights …actually pretty much treat humans like dirt.

It’s horrendous what happened to the young college man, Otto Warmbier, in North Korea. It’s no telling the horrors that he endured being imprisoned there.  Bottom line, he was killed for taking a banner. This is a vile absurdity beyond our belief. And so is to be sentenced to 15 years hard labor for taking a banner.  Also, do we even really know for certain that he did take the banner?

College kids especially liberals /Dems/ progressives ‘snowflakes’ – need to wake-up and realize that other countries aren’t like America. They are free living in America and have rights here that they may not have elsewhere. They need to learn to appreciate where they live and to not take their rights for granted. We are not a dictatorship. Many countries in the rest of the world are under harsh regimes. It might be best for college kids and others to stay out of places such as this. For example, gays are thrown off buildings in Muslim countries, etc.

When anyone goes to another country, they need to learn and be very aware of their laws. Many places are not as accepting and tolerant as America. North Korea hates America. So this young man was a sitting duck to be targeted. Thank goodness that this young man was brought back to America but certainly not soon enough.

Kim Jung Un is a ruthless, evil, little dictator… And what would happen to me in North Korea if I said that there? I would be executed.

While in America, look at how our President is talked about and treated by the media and others with little recourse.

Freedom in America is something that should never be taken for granted . These protestors – libs/dems/progressive ‘snowflakes’ need to wake up to reality!

God bless America the home of the free and the brave! 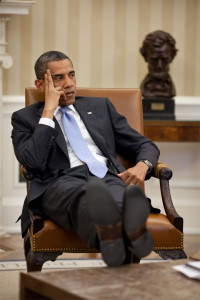 It doesn’t matter if you live in a studio apartment, or a mansion, the way that you sit and carry yourself, along with the way that you respect and treat your furniture, and surroundings reveals volumes about who you are…. 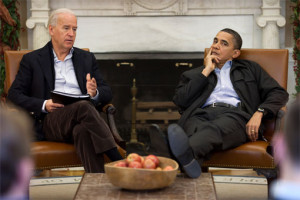 Would you allow someone visiting your house to put their shoes on your furniture? Would you put your shoes on someone’s furniture, while visiting their house? 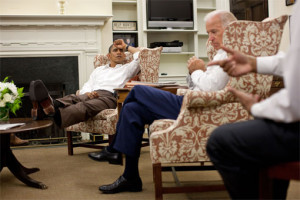 No!? Well, me either! But, we have a man in Our White House who does this all the time, showing no respect  for where he is living, the White House, or the American people. 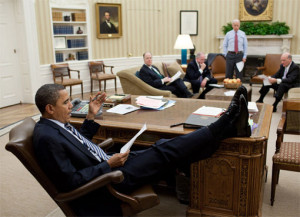 Hey Obama, didn’t your mother teach you any manners and the correct way to behave?

Whoa! Does he ever sit properly? Here he is with feet up and and leaning back in a chair…

Does he even know how to sit properly?

What a slob and how disrespectful to the men around him. They must get tired of looking at the bottom of his shoes….And look at the expression on his face…. 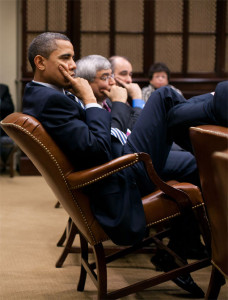 Yes, Obama is a real piece of work.

He doesn’t know how to do anything but ‘community organize’ and he doesn’t do that well. This man doesn’t even know how to sit properly in a chair. 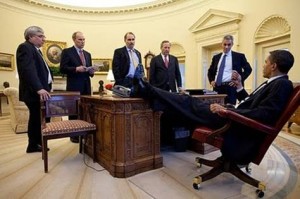 The disrespect and arrogance of  this man is over the top outrageous…
He has no awareness of how to care for anything… He only serves himself and his agenda….

Hey Obama didn’t anyone ever tell you? “Shoes off, if you put them on the sofa or bed.” And…

“Never, ever, put your shoes on the furniture!”

Ummm… but don’t shoes have different meanings in different cultures? So, perhaps, Obama is saying much more than just being rude by continually showing us and those around him the bottoms of his shoes. What message is he really sending to whom and why?…

Arab culture: The insult of the shoe:

Showing the sole of your shoe has long been an insult in Arab culture To hit someone with that shoe – as was tried with President George W. Bush – is seen as even worse.

The shoe is considered dirty because it is on the ground and associated with the foot, the lowest part of the body. Hitting someone with a shoe shows that the victim is regarded as even lower. When Saddam Hussein’s statue was toppled in Baghdad in April 2003, Iraqis swarmed around it, striking it with their shoes.

Shoes are often used to attack the American flag.

As an insult to President George Bush Sr. after, the first Gulf war, a mosaic of his face was laid on the floor of the Al-Rashid Hotel in Baghdad. Anyone who entered the lobby would have to walk over his face to get into the hotel.

The mosaic was subsequently destroyed by American soldiers in 2003 and replaced with an image of Saddam Hussein.

The shoe is such an offensive symbol that it is seen as culturally rude to cross an ankle over a knee and display the sole of the shoe while talking to another person.

The shoe is also considered unclean in the Muslim faith and believers must remove them before prayers.

Wearing shoes in mosques is forbidden.

So what is Obama really saying by continually putting his shoes on furniture and displaying the soles of his shoes to those working around him and for all to see?

Is, perhaps, the message for Obama’s Muslim friends, ‘the Muslim Brotherhood’, as he continually puts the soles of his shoes in our faces to show that he doesn’t have respect for America, or its people?

Obama wrote in his book that should the tides turn, that he will stand with Muslims…

How about Obama, put your feet on the floor, and walk out of the White House into oblivion…. All ‘real Americans’ want to do, is to forget you…

The Bible says to pray for our Leaders. This is my prayer…..Let his days be few; and let another take his office. Psalm 109:8 King James Version….. God bless America!