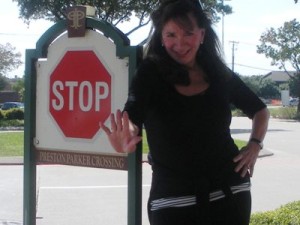 in the group of designated men not to date and certainly not to marry. Because this kind of disorder rarely corrects.There are many disordered men to avoid : men with addictions, men who lie, cheat, etc. But the mother controlled man is lethal, “mother-controlled monsters” is what I call them and they should be avoided at all costs. Don’t expect him to change, they rarely if ever do… and few if any really ever fully commit. Because they are committed and owned by their mother and, or other female members of their family. Many of these men have never been married. 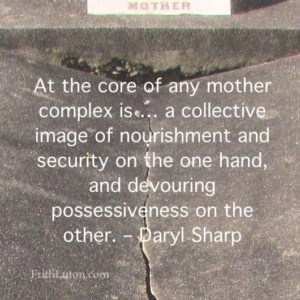 If a son becomes his mother’s partner emotionally, if a mother is weak and too dependent on her son, so that he feels responsible for her well-being, he may be unable to lovingly commit himself to another woman – Consequences of Mother – Son Triangulation… he will be his mother’s boy until she dies or even longer.

If in a relationship, and the woman has normal needs for nurturing and attention, he will not be able to fulfill her needs because he will feel trapped and smothered like he felt with his mother. So, he will shut down, get depressed, escape in anyway possible and, or criticize the woman for having normal needs. Men like this use escape as a way to live, fast cars, out in bars, extreme sports, toys, being reclusive, etc. They have an innate and deep fear of being trapped again by a woman, like they were or felt that they were by Momma.

Typical effects on the son of an overbearing, smothering, needy mother are homosexuality, Don Juanism, inability to commit, going from one woman to another, as he always finds something wrong with each woman. He’s searching for perfection in the woman and complete freedom for himself which does not exist in any woman or any relationship. He has an idealized image of a relationship that cannot be achieved and if achieved it would be all for his benefit and nothing for his partner. Sometimes, these men suffer with impotence [though here the father complex also plays a part]. In homosexuality, the son’s entire heterosexuality is tied to the mother in an unconscious form; in Don Juanism, he unconsciously seeks his mother in every woman he meets and in his mind no woman can match the love that he feels from his mother and if he does feel it, then he feels smothered and must escape. These men are always trying to escape their mother while they need/crave female love intensely. They are seeking the approval of Momma but when or if they get it, they sabotage, or run from it. And why they go from woman to woman searching, from one shiny thing to the next. Even if they found perfection, ‘ the perfect match or woman for them’ they would not recognize it as such and would, perhaps, even feel more smothered than ever, because they would have a more difficult time finding their excuse, justification and reason to escape.

Many of these men are severely disordered with multiple afflictions such as narcissist, (inability to feel love or joy), avoidant,  borderline, depression, hypochondriacs, sexual issues, addictions, perversions (as depicted in Shades of Grey) may escape into porn, overeating, are full of illusions and delusions about women, delusions of grandeur, emotionally and, or physically abusive and that may include withholding sexual expression.They don’t live in reality as it relates to the man woman connection. They don’t understand it because their perception is that of mother and child not man and woman. A man protects.A child needs protection.
No woman will be good enough for the little prince as deemed by Momma and in his subconscious  mind no woman will love him as well as his Momma did. So if a woman finds herself in a relationship with a man  with this disorder, RUN! Because no matter how hard you try, no matter how great you are, you will never be enough. He will forever run back into the arms of Momma avoiding and negating the responsibilities, comfort, pleasure of the love of a real woman in a genuine healthy relationship choosing his needy Momma’s hold on him.  His need is to remain a child with little to no responsibility. A man with all the man genes wants the responsibility of the woman he loves. He considers it an honor to provide and protect her. The man/child runs from it. Again a man protects. A child needs protection.

A study of the romantic history of 58 adults aged 22-28 found that those who avoid committed romantic relationships are likely a product of unresponsive or over-intrusive parenting, says Dr. Sharon Dekel, a psychologist and researcher at the Bob Shapell School of Social Work.

The goal of the study, published in the Journal of Nervous and Mental Disease, was to address the widespread research debate on “avoidant attachment” — whether such behavior is due to innate personality traits, such as being more of a loner, or is a delayed reaction to unmet childhood needs. Dr. Dekel and Prof. Farber found that while both secure and avoidant individuals expressed a desire for intimacy in relationships, avoidant individuals are conflicted about this need due to the complicated parent-child dynamics they experienced when young.

Taking lessons from childhood – the premise of their study, says Dr. Dekel, is based on attachment theory, which posits that during times of stress, infants seek proximity to their caregivers for emotional support. However, if the parent is unresponsive or overly intrusive, the child learns to avoid their caregiver.

The researchers believe that adult relationships reflect these earlier experiences. When infantile needs are met in childhood, that person approaches adult relationships with more security, seeking intimacy, sharing, caring, and fun, says Dr. Dekel. The researchers labelled these relationships “two-adult” models, in which participants equally share desires with their partner. Avoidant individuals, however, are more likely to adopt an “infant-mother” intimacy model. Men who never grow up, who remain eternally a boy or son, not capable of becoming a man, a husband responsible for and to his wife.

When they enter relationships, there is an attempt to satisfy their unmet childhood needs, Dr. Dekel explains. “Avoidant individuals are looking for somebody to validate them, accept them as they are, can consistently meet their needs and remain calm — give them unconditional love, including not making a fuss about anything or getting caught up in their own personal issues.” While what they give in return is criticism, escape and aloofness. So what they are after is a mother/son interaction, not a man/woman interaction.

Hope for the commitment-phobic? It’s important to study this group further because beyond their severely diminished ability to conduct satisfying romantic relationships, they are also less happy in their lives and are more likely to suffer illnesses, depression, etc, than their secure counterparts, notes Dr. Dekel. Psychologists need a better understanding of what these insecure individuals need, perhaps through more sophisticated neurological studies, she suggests.

There is also the question of whether or not these attachment styles are permanent. Dr. Dekel believes that there are some experiences which can help people develop more secure relationship styles. Sometimes, a life trauma can shift these men out of their commitment disorder.

A boy learns about relationship with women primarily through his relationship with his mother and through observing his parent’s relationship. If there was conflict or emotional distance in his parents; relationship his emotional bond with his father may have  suffered. The boy may have emotionally bonded with his mother in a way that shut down his feeling capacity, which now continues to affect his masculine identity and sense of separate self. Or he observed his mother’s neediness controlling the father. The father may be weak and not able to stand strong, so the boy’s image of a man is that a woman can control a man and suffocate him. So he tries to ‘avoid’ that his whole life. Because he sees that image as being unmanly, while his reality is, he never comes into his full manhood. He remains an eternal child.

If the mother was emotionally unsupported by the father she may
have unwittingly used her son to get her emotional needs met as a substitute for her partner. The disappointment she felt in the father back then was felt by the son . In response the son aspired to be her perfect “little man” that would not let her down like his father did. The son’s heart is open at an early age and it’s natural for him to want to be the apple of his mother’s eye and fill her up with his love. He learned how to please his mother at the cost of his own needs being ignored.

He suffered from not being emotionally close to his father and yet part of him enjoyed his special relationship with his mother in his absence. It comes at a cost. The boy was unaware that he had been setup for an impossible job that he inevitably failed at. It was too much for a little boy to fulfill the emotional needs of his mother. She needed an adult man. The boy was in an emotional bind. He couldn’t be himself and be what (he imagined) his mother  wanted him to be. He unconsciously chose at a young age to fit in with her needs at the cost of his own.

The father was remiss in not providing a healthy parental relationship alongside the mother to allow the son to develop a healthy male identity. The boy cut off from his male power to fit in. A weak, distant or closed hearted father, an emotionally needy mother combined with the cultural images of masculinity encouraged the boy as he grew up to close his heart and disconnect from his feelings.

Relationship Attitudes from “Rape of the Heart”

In later life, the boy as a grown man may develop the following kind of attitudes:

In romantic relationship, is the closest you can get to the mother, father bond and it takes strength of emotions, and self integrity to walk through the healing and if your partner can’t do it then get out , heal and save yourself.