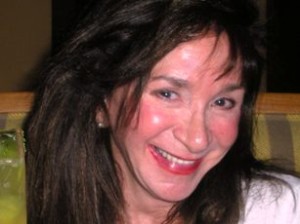 I was at the hair dressers, I had used this person, once before… a couple of us (myself and other clients) were discussing how we didn’t care for what Obama is doing to our country…
Then when the hair stylist was rinsing my hair, she got right into my face and said, “I love Obama!” The way that she said this was crazed and it triggered an alarm in me.

I responded, “Well then, let’s agree to disagree.”

She worked on my hair as I chatted on about trivial things, watching every move she made. She looked as if she could chop my head off and I couldn’t wait to get out of there.

When I went to pay. She had doubled the price from what the cost was originally supposed to be and from what it was the last time for the same service.

I said that I would pay what I paid the last time and not this arbitrarily doubled price.

Her response. “You better pay all the money or else!”

I was stunned. It was like I was being shaken down…like some kind of extortion. I have never been treated in this manner. I paid her the amount that was originally agreed upon and without a tip, gathered my belongings then exited. As I was walking out, she said. “I am calling the police.”

My response under my breath, “So, call them.”

I didn’t like my hair and the next day texted her and told her so. She responded that I could tell it to the judge that she had filed a ‘theft of services’ against me at the police department. I called the police and, sure enough, she had. I told the police what had occurred and was told that this is a civil matter between she and I and that there are no charge

s, or record, nor would there be.

Can you imagine how livid I was? Everything was fine, until she realized that I didn’t like her ‘precious Obama’.

This nasty liberal woman was out to ‘get’ me… she turned into a hate-filled person after realizing I wasn’t one of ‘them’… an Obama-NUT!

Of course, nothing happened or will it, as it was a trumped up, harassing and bogus charge…But what an INSULT to me for no reason, other than, I don’t like Obama.  After this, I have arrived at the conclusion that I will not do business with liberals. And will be more aware of what I say, to whom, and where. Only I recall when Bush was President, people would bad mouth him loud and clear and I never heard of this kind of a reaction. I have never heard of this kind of a reaction. Those who drank the Obama Koolaid are a different breed of human and not what I want around me or in my life. They are vicious, out of control bullies and don’t care who they harm, just like ‘their king Obama’.

Since, Obama has been in office, interactions between people have gotten tense and hateful. Liberals claim to be so loving. Well, what was this? But hate, harassment and an attempt at extortion and all because of Obama.

Has anyone else experienced this kind of bigotry, or something like it because of this Obama administration and his cult of hate, bullying, class warfare and retaliation?