This is what the fake, lying ‘bought and paid’ for media wants and this is what it creates – people who can’t think for themselves and who ‘believe’ what they are told by the media and read on social sites that it is truth and fact when it’s  lies, fake and propaganda.

The creation of useful idiots is the reason lib/dem/progressive social media sites are banning and censoring conservatives – Christians – heterosexuals – and white people.  They don’t want the truth or opposing views to interfere with the propaganda and brainwashing of ‘their useful NWO – take away all rights progressive idiots’.

A perfect example of useful idiots is the women who march for women’s rights wearing pink – even with vaginas on their heads.

They are also for more mooslems and refugees moving into America. Islam gives women little to no rights. Linda Sarsour marches for women’s ‘rights’ while wearing the oppressive head gear of islam – ‘Sharia Law’ –  promotes few rights if any and oppression for and of women. She has ties to the Islamic terror group HAMAS. Anyone who believes or follows this woman is being played big time as an ‘useful idiot’. The MO of Islam is pretend you  are for connection and the same life and rights, in order to infiltrate then take over, convert, take away all rights and destroy.

Another example –  lib/dem progressive homosexuals who promote and stand by mooslems. In islam homosexuals are tortured and murdered – often thrown off buildings.  So these ‘useful idiots’ are actually protesting for their own demise. Now there are some real  idiots for ya! 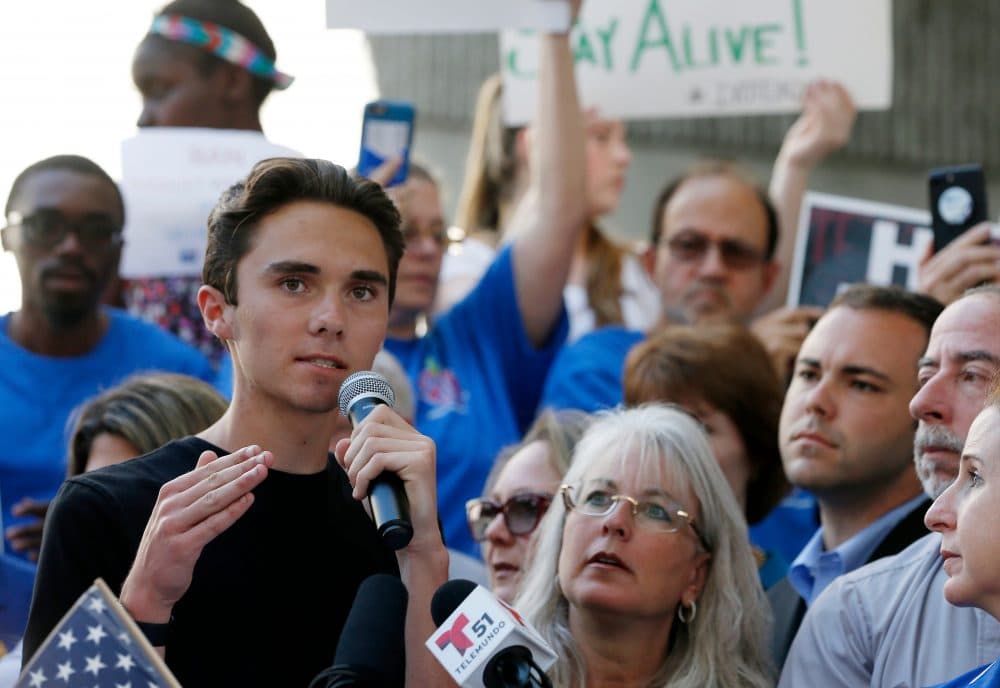 Then the ‘school age’ kids who are protesting against guns and against the NRA – even blaming the NRA for the shootings. Some of these kids are ‘bought and paid’ for talking head – protesters. Paid  by those for the agenda of the NWO under the rule of the UN for the weakening and destruction of America.  NWO edicts – after taking control of the media to spew propaganda and brainwash –  next is to disarm. This begins with one kind of gun then onto another, until they all are confiscated.  Then the masses become sitting ducks easy to be taken over and completely controlled if not exterminated.  The NRA had/has nothing to do with the shootings. A gun is an object. It’s the person using it who makes it either used for good or for harm.

School children are being brainwashed instead of being taught to think and are being used as ‘useful idiots’ before they even know who they are or what they really think and they certainly don’t have any idea what life is about yet. This is right out of the communist playbook and is evil brainwashing control of  the youth.

Those overcome with ‘political correctness’ are creating censorship and are trying to curtail rights of all individuals to express themselves. They curtail the First Amendment for those in opposition to them – which is not the intention of this Amendment – which is equal rights for all. While lib/dem/progressives march, protest and whine for their free expression, they are trying to shut up anyone who thinks differently than they do – now, that is a real useful idiot of double standards!  Because as soon as their NWO regime is put into place no one including them will have any rights. Rights will all be under the rule of a few – NWO under the rule of the UN along with all property, resources, media, schools, etc. It will be hell on earth.

So if and when these ‘useful idiots’ disagree with the new regime – what they helped create – they will be censored and done away  with –  because then they will have no use any longer! By taking others rights away to implement their agenda – they have also done away with their rights and freedoms – truly idiots of the highest order. All dictators and those of communistic/progressive rule depend on the brainwashed, non- thinking useful idiots to do as they are directed and do lots of the indoctrination and work for them – while they sit back, make promises and live a life of freedom and abundance -while laughing at  how stupid are and how easily they were able to use – the ‘useful idiots’.

The useful idiots created by the media, the social-unrest agitators,  the liberal educators, the dem/lib/progressives, the hate America, the mooslim influxors, the refugee lovers, the everyone is the same – there is no difference in the sexes propaganda and BS – are protesting and actually demanding their own demise and freedoms to be taken from them. But they are too much of an idiot to realize what they are doing, or to realize that – all they are is useful idiots!