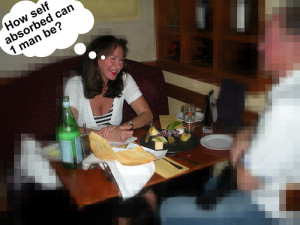 8 thoughts on “The needy self-absorbed man…”