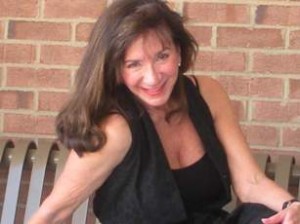 What is class? What is refinement and what defines it?

In my opinion.. it’s innate to a human being.. something that is either  there at birth or not then built upon throughout their lifetime. A person with class and refinement have it no matter where they are, what they are wearing, or what their circumstances…

They carry themselves with an air of control and purpose. They fit well into their body. Their behaviors, actions, and choices, for the most part, reflect thought and when they don’t, they learn from them, adjust and refine. They live  and express with an appropriateness of thought and action…

Class and refinement are shown and revealed in how a person speaks, the words they use, the clothes they wear, the place they live. Money can be in the equation, but doesn’t need to be. If they have a small house.. it is clean, orderly and appointed well. If they have only a few clothes, they are clean pressed, stylish, not faddish, and they are worn with the pride that reflects their class and refinement.  How a person respects and cares for themselves, others and their resources reveals class or not.

Class and refinement isn’t shiny nor does it glitter… but those with it do shine and stand out and apart. It isn’t something that can 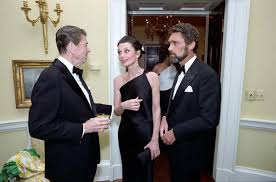 be ‘acted out’ or ‘faked’.. .as it’s innate and those who try to act like they have it or fake it when they don’t are made even more obvious that they do not have it.

Some people try all their life to attain it and never do. While others have it naturally and without effort. Actually class and refinement are effortless for those who have it. as it emanates from the soul of an individual and can be seen in their eyes.

It is solid, purposeful, deep and real… it’s innate to an individual… bred into them, then expressed into every area of their life. I think it comes from the quality of one’s soul and even possibly where that soul derives, then is expressed in physical attributes and characteristics… then into their worldly choices.

When you see someone with it, you know they have it… unless, one is too crude in their perceptions to even perceive it. It’s been said that those with class, refinement and innate style, oftentimes, pass unnoticed to the masses….those without the ability to perceive or to recognize it.  Class and refinement do not try to be noticed as it has no need to… it just is.

Style, dress, health, body awareness, carriage, expression, words, tone and quality of voice, gestures, manners, conduct, posture, actions, movement… refinement and proportion in features, body form and development… even when behaving silly and wild, class is still there with those who have it.

Are class and refinement being bred out of society? Look at the role models of today.. who has class? We have the Kardashians, Obamas, Oprah, Whoopi, Beyonce, Cher, Mylie Cyrus, etc…. the exact opposite, in my opinion, of class and refinement….And their life styles, mode of dress and behaviors are being emulated by the classless, ill-refined masses…

Who can you think of in today’s world who have class and refinement?

Is it possible that we can revive class and refinement?

2 thoughts on “Class and refinement…”