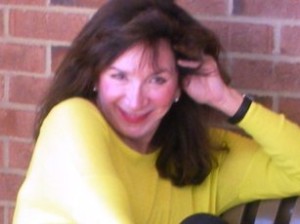 This is the communication of abusers, those who blame, those who deflect. those who cannot take responsibility for their own actions and those who project their issues of anger, insecurity, mistakes, lack, frustration, etc. onto others.

We are living in a society now who shouts! Look at what you made me do!

Think of the bully who beats a woman.. saying, “Look at what you made me do! You made me hit you.”

Picture the parent that hits their child shouting, “Look at what you made me do!”

Think of the alcoholic shouting as they drink, “Look at what you made me drink!”

Think of the overweight person who blame restaurants and food for their being fat… “Look at what they made me eat!”

Think of the idiocy of blaming a gun instead of the person pulling the trigger… “Look at what the gun made me do!”

Think of the rapist. “Look at what she made me do because of how she was dressed!”

The murderer, “Look at what they made me do! They made me kill them! It was  their fault not mine.”

Sure occasionally,  we all do things, without realizing what we are doing or the consequences…. that is part of being human and part of the blindness of being on this earth. But as we grow and mature, we learn to look at ourselves and to take responsibility. That is what being a mature, emotionally healthy adult does. Being able to accept that you made a mistake and not to blame others is emotionally and mentally healthy.

Obama spent his first term blaming Bush, in fact, he still does. Obama is an immature child who will not take responsibility. He is an abuser, a deflector, a blamer, a liar, a thief, a user, an addict…  as he continually shouts, “Look at what you made me do!” And the world is not only hearing this ludicrous cry from the ‘presidency’, but is tolerating it… WHY?

We have sunk into being a society that takes no responsibility and if we continue on this path, we will be destroyed… as all abusers destroy their lives and everything that they touch.  They will not accept responsibility, see the truth, they lie to themselves and to all others in order to keep their lie alive…that they are not responsible.

We are living in a world of lies and we must wake up!

Jesus died on the cross saying, “Father, forgive them for they know not what they do!” Jesus died so we could wake up! So why now are so many asleep without the character to accept the truth of their actions?

It begins with responsibility. You can’t live an honorable life without it.

Next time, I will do better, I will apologize. I will own who I am … so therefore, I can mature, grow, become, and accept responsibility for who and what I am and for what I do. If individuals do this then the world will become better, stronger, whole, emotionally healthy and the blamers, the side steppers, the deflectors, the liars, the false ones, the people of the lie will be shamed and cast aside as they should be, until they can accept who they are, what they do, and what they have become…

4 thoughts on “Look at what you made me do!”