learn to speak, to think and to comply with the standards of the Obama regime… FB’s agenda and goal.

Toddlers and children who say ‘naughty’ words are, often times, put in ‘time out’. Conservatives and Christians who say anything Facebook doesn’t approve of are put in a FB timeout… put in FB jail …

It’s Conservatives, not Liberals, Progressives, Democrats, Muslims, Terrorists or anyone else… it’s mostly Conservatives and Christians. Libs apparently can post what they like… as in calling Palin a whore or promoting a ‘Kill Zimmerman’ page, and it’s fine with FB. But let a Conservative list words and wham.. it’s ‘time out’ and you are given ‘punishment’ for the ‘so-called crime’ from the regime.

It appears, FB is a ‘brain washing training ground’ of sorts for Conservatives, Christians, Libertarians or anyone else who disagrees with the Obama agenda, to learn not to say anything that FB, an arm of the Obama regime, does not approve of. It’s Obama’s brainwashing and behavior modification school. Obama met with Zuckerberg, remember?

Is this, perhaps, what is happening at all media outlets and why we aren’t getting real news, but canned propaganda? Are real journalists being threaten with ‘time outs’,  being fired and worse, while the liberal/progressive talking heads spew regime agenda and are on continually?

I listed all the slang names for races, and sexual preferences, I could think of… I wasn’t calling anyone these things. They were just words, one after another. I was just listing them and FB notified me that I was banned for 12 hours because of doing so. Where I posted these words was on the ‘Facebook Blackout page that is set for Augus 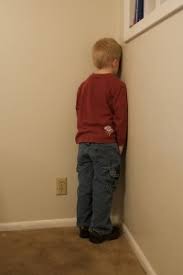 t 25 to stand for free speech and equality for Conservatives on FB.

Apparently, FB is patrolling and sending trolls to this page to catch anyone for saying anything for which ‘they think’ should be given a time out to try and slow down this project for freedom of speech. Because clearly FB only thinks free speech is for those who say what they want and believe as they want…. just like the Obama regime…

Persecuted for telling the truth.. and persecuted for saying ‘certain words’… that the Liberal/Progressives can say..

One ‘Facebook Blackout’ page administrator was given a 12 hour ban for telling a Lib that they were on FB only for attention. Seems Libs can say what they want then report to have banned anyone they choose for anything and FB follows suit.

FB is being run like a Communist country..where people are monitored and reported on.

Comrade, there are certain words that just may not be said by anyone, but the ruling regime. It’s a ‘word game’ and must be played according to the regime…Some words are good and some are bad… The regime can call you names, but you may not call them the same names. They make the rules…. you must follow or be punished…

So as I toddler might say… poopoo, peepee, dog poo, ca ca to FB and their gestapo-like monitoring….

Why doesn’t FB just come out and say that they are a site for Liberals, Progressives, Muslims and Terrorists?

One thought on “Adults in kindergarten brainwashing school…”