loose, or will we be living in hell?….

Will we be living in an America, where we have no choice, where human life is only worth what it produces for the government? Where when you are old and ill, the government has control over whether you get treatment or die and they can confiscate your property for their use?

What Nancy Pelosi didn’t want us to know until after the Healthcare bill was passed. Remember she said, “Pass it and then read it!!.”

If the government wouldn’t spend our funds on providing for Illegal immigrants and all ACORN members, they might be able to do a better job for those who actually deserve to have it spent on them.

But Obama and his ilk reward their friends and punish their enemies and the old people are their enemy, since they do not bring in as much in taxes for government use and most of them see through the con of the Obama regime.

The ‘government’ helps illegals, (but we aren’t supposed to call them ‘illegals’ any longer because they are Obama’s ‘friends’) so ‘they’ can get their votes forever, so ‘they’ can stay in office.  Plus, they will be a fresh and longer source of future tax revenue. Therefore, the government caters to them, at least, for now.

The government can raid citizens assets, when they get ill, as what they have saved, earned and worked for all their lives, become a piggy bank for government use. This so-called ‘Healthcare Bill’ is not about health, or life, it’s about government control of your life. It’s about taxes and confiscating resources from the real American citizens.

Once the older generations have passed on (the Obama Regime wants this to happen sooner rather than later) America as we know it, will cease to exist. It will become just another socialistic/communistic country full of people controlled in every aspect of their lives by the government regime.

This is exactly what our forefathers warned us about and why they set up government checks and balances to avoid and to curtail. But Obama and his ilk are ignoring our Constitution, our Bill of Rights and destroying everything that made America free… And America is the home of the ‘brave’ and the ‘free’.

This ‘Healthcare bill’ is not about health. It is about control, death and a power grab of the assets of private citizens… 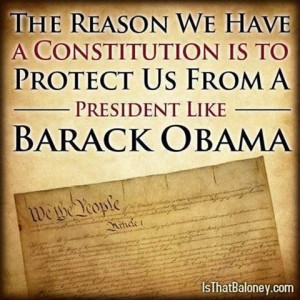 So thanks to Pelosi, Obama and their ilk, our Healthcare is being destroyed, are rights taken, choices gone, and our property seized.

I believe it fully kicks in 2014. It’s implementation of the NWO.

So will all hell break loose, or will we be living in a hell of the Obama regime and those who back it and pull its strings, making?