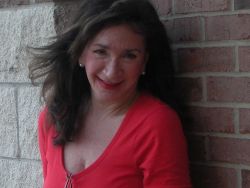 HA! Just how true is this statement…???

JESUS LIMITED HIS TEACHING…
1. Their offense led to His leaving and returning to Capernaum
– cf. Lk 4:31
2. Thus depriving themselves of further teaching by the Son of
God!
3. Remember what Jesus had told His disciples earlier? – cf. Mk 4:23-25
— Because of their contempt, they lost access to more learning of
God’s will!

MIGHT WE BE GUILTY OF THE SAME…?
1. We can easily develop familiarity today
a. With those teaching the Word of God (“He no longer impresses
me”)
b. With the message of the Word itself (“I’ve heard that many
times before”)
2. Do we allow our familiarity to breed contempt?
a. No longer respecting those we know well, taking them for
granted?
b. No longer appreciating the significance of the Word of God?
— If so, then we will cut ourselves off from its powerful message!

And this can be seen in many areas and ways. How have you seen or experienced this?