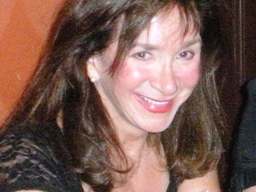 … is the modern-day ‘medical diagnosis’ that corresponds to a traditional use of the term scruples in a religious context, e.g. by Roman Catholics, to mean obsessive concern with one’s own sins and compulsive performance of religious devotion. As much as I find categorizing people trite and obnoxious… because of a group I recently observed, I began thinking why are some people so ‘overly religious’ and wear the mantel of the church like self-protecting armor as a facade to hide in and behind.

Overly religious people… those who hold hands and pray in a circle, as if ‘showing off’… those soooo ‘righteous’ and ‘religious’ and who say bless you’, ‘praise God’ and ‘Amen’ at the drop of a hat, and who attend church as if it’s their whole life and world…I wonder why their connection to God isn’t more secure in themselves?

One possibility might be that there is a besetting sin they are aware of, or perhaps, past sins that they find too upsetting to think about, or perhaps, even consciously remember, but have not been confessed to God and repented of.  As I have noticed that these people rarely appear happy, or joyful and are overly serious, critical and careful to word things in just the ‘right’ way and ‘according to them’. They appear full of a guilty conscious … and like they are hiding it from the themselves and the world…

Some people have made some bad choices in their lifetime and they begin to get a guilty conscious. They can’t forgive themselves and so they turn to religion ‘hoping’ that they will find a God that will forgive them so that they can ‘feel better’ about themselves. They are, perhaps, afraid of their karma coming back to ‘haunt’ them thinking that when they die, they will have to face the punishments for what they did in this lifetime. They fear that they might be judged harshly someday and maybe that’s why they judge others so intensely and try to lord their facade of being religious over others.

Example: There was a very wealthy man in Texas who was accused and tried for killing several people including his stepdaughter..after going through much of his fortune defending himself, he got off. Then this guy became a minister… HA!

There are a wide range of ‘mental afflictions’ in which people have an area of their life to which their mind keeps lying to them. Is this why some wear the mantel of ‘religion’ while lying to the world? Is it their guilt and fear of being judged eventually by the God that they ‘claim’ so devoutly to believe in and worship?

Is this why they continually judge themselves and others as it relates to God and try to hold themselves out as more ‘religious’, so that others will view them as ‘good’ and they can think ‘good’ of themselves? Priests who molest children. The Bishop who extorts money for donations and kisses up to the wealthy, using guilt and the ‘promise’ of redemption… The true redemption that he has nothing to do with…

Scrupulosity has been called “pathological doubt.” OCD sufferers do something simple – depending on the person, it might be locking a door, switching off the oven, or receiving God’s forgiveness – and then their illness causes them to worry

abnormally over whether they did it correctly. They feel driven to keep seeking assurance far beyond what is rational.

Scrupulosity can fill people with such false guilt that many are unlikely to admit to it, while others have no idea that they have an unhealthy sense of guilt and so ‘suppose’ there is nothing wrong with them.

Consequently, scrupulosity remains such a hidden disease that
researchers have been unable to determine how common it is. One study of Catholic high school students found that a staggering 25% seemed to have scrupulosity. Perhaps, there was something in their religious teaching that contributed to this astounding figure.

Famous Christians often thought to have suffered from scrupulosity include Martin Luther, who spear-headed the Protestant Reformation, and John Bunyan, author of one of the most influential of all Christian books, ‘Pilgrims Progress’. If so, it highlights how Christians cannot only survive, but spiritually thrive despite this affliction. The Almighty can turn this horror on its head, even bringing incalculable good out of a most distressing illness. This most certainly does not mean, however, that the God of love who went to the extreme of the cross wants anyone to suffer the torment of feeling unforgivable. That is why Christ suffered on the cross, so that we could be saved. So why all the guilt and fear? 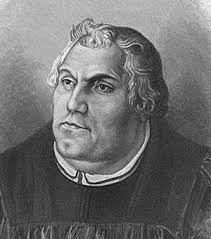 It is well known that in his early days as a monk, Luther was overwhelmed by feelings of utter depravity and terror of judgment. It is claimed that, despite desperately wanting to please God, he was assaulted by anger and hatred towards God, urges to curse God and, during prayer, obsessing about the devil’s rear end. It is frequently told how he threw an inkpot at a vision of the devil, but less well publicized is that he also threw an inkpot at a vision of Christ. The great reformer often suffered such depression that he wished he had never been born.

Interestingly, Luther’s wife, Kate, is thought to have suffered from a different anxiety disorder; Generalized Anxiety Disorder (GAD). Not only is this condition often treated with the same medication as used to treat OCD, it can also be spiritually bewildering.

I once knew someone who was tormented by mysterious guilt feelings and had feelings of being cut off from God. He suffered from a serious illness that caused great physical pain and yet he found this inner pain far worse than the physical pain. The torment persisted for years despite him having a solid Biblical understanding of salvation, being strongly committed to God and frequently being powerfully used of God. Eventually, he discovered that GAD was causing what almost seemed to be spiritual symptoms of guilt and/or alienation from God.

Do feelings of internal guilt turn some into religious zealots, and is that why some enter the church in service? Are addictions caused by this same kind of internal guilt? Look at Islam and the guilt and hate that it instills and inflicts in their ‘practice’ of  being ‘devout’. Their repetitive prayer routines, their covering and confining clothing…their punitive maiming, stoning and killing…

Scrupulosity and its derivatives  describes an obsession with one’s sins and ridding them at all costs – has caused the suffering of many a Christian both past and present. It’s derived from the 14th century Latin word scrupulous, meaning a “sharp stone or pebble,” used figuratively by Cicero to describe that which causes unease or anxiety. Think of it as a jagged pebble lodged firmly in the recesses of the mind, causing Martin Luther, for example, to go through confession marathons with annoyed priests to make sure he hadn’t left one sin unconfessed.
For the believer, an obsession with moral purity can stifle fruitful relationships with other Christians, and perhaps ironically, with the Lord himself. Instead of leading a believer to a deeper trust in God’s mercy on account of their sins – a trust that is meant to bring “peace with God through our Lord Jesus Christ” – scrupulosity focuses the person back on the efforts of him or herself, which usually leads to excessive guilt and despair.

It fills me with sadness and even fear when I observe the angry, stern, sad countenance and suffering look on many of the faces of those afflicted… and the damnation and brimstone of those preaching and the pathetically joyless faces and countenance of so many overly obsessed with religion. Then there are those who have this almost dazed, ‘drank too much of the koolaid’ self-righteous expression…A true connection to God is freedom from inner pain and the joyful inner knowing and peace of the Lord for the gift of forgiveness in Jesus Christ and why he died on the cross…it fills one with an innate joy in their spirit and is displayed in the actions of  everyday living.