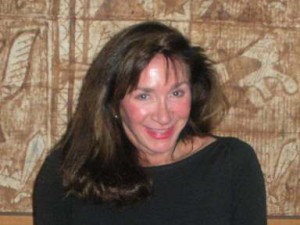 I think I was born ‘knowing’ how to live morally and what I needed to do to have a healthy body, mind and spirit.

I have been called ‘naive’ because  I don’t want to be around those who have affairs. I have never had an affair, nor would ever have one. I think cheating is a complete betrayal, actually, a betrayal to self. I respect myself and others. So I would never betray myself, or another in this demeaning way.

I have been treated badly for telling the truth because the people I was around didn’t want to hear, or know the truth.

I would rather talk to people than watch TV, or play with, or check my phone. I thought I was addicted to chocolate, but a friend who is in the ‘psychology field’ told me that I’m not. That I don’t have an addictive personality. That I ‘choose’ to eat chocolate and I like it, but I could stop in a moment. There is nothing that I crave, except the Lord God and the mercy of Jesus Christ.

It seems to be addicted is the thing to be on earth. Evil wants us all addicted to something…

I believe in God and Jesus Christ, not ‘organized religion’. I have tried all my life to be ‘good’ and to follow the teachings and guidance in the Bible. I have been around and observed those who ‘claim’ to be so ‘religious’, but do much against God, morality, honor and truth and some do so in the name of God. Some of these people are the cruelest and most evil.

I have been to churches and around people who ‘claim’ to be religious who are ‘hateful and immoral’ people. They ‘use the words’ from the Bible in order to manipulate and to hide behind… as they do harm to others with a smile and a prayer.

You know the kind, who say ‘bless you’ often and it rings as false a Satan. They hide behind this facade to disarm their prey so they can suck them in and do harm. I have noticed this becoming more prevalent on earth today.

Wolves in sheep’s clothing. I seem to have allot of them around me lately.

A person’s soul shows through their words and facade if you can and will see…and these types don’t like it when you see who they really are… and they will get meaner and meaner…they will do anything to deflect it from themselves.. blame others, lie, project, whine and cry…punish, torture and harass…

I have been punished, even emotionally tortured for trying to be good on earth… and this is because evil rules here and evil prefers that we all be down fallen, addicted, immoral, ignorant, controlled, in pain and weak… so that they can suck us into their domain of evil.

The evil ones want to be in ‘control’… some will whine and play ‘oh, poor me’ to achieve this… I had this occur just yesterday… these types are full of manipulative tactics… if they can’t do it out right, and if they know you see who they really are, they will often times use the pity ploy…

He Who Endures To The End … Jesus said, “Now brother will deliver up brother to death, and a father his child; and children will rise up against parents and cause them to be put to death. And you will be hated by all for My name’s sake. But he who endures to the end will be saved” (Matthew 10:21-22).

Hated by All Men – Everyone wants to be liked. However, it is axiomatic that not everyone will be your friend, if for nothing more than just a matter of personality.

This is especially true for those who have real convictions. If you stand for nothing, then you can agree with everyone.

If, on the other hand, you believe the word of God to be the truth and stand for its premises, many will be your enemy. Your very presence will be a constant reminder of their sin. They may try to get you fired from your job. They may threaten your good name. They may make every effort to take what you have.

Jesus said, “These things I have spoken to you, that in Me you may have peace. In the world you will have tribulation; but be of good cheer. I have overcome the world” (John 16:33).

Have you ever felt that you are being punished on earth for trying to be good?

4 thoughts on “Punished, emotionally tortured and laughed at for ‘wanting to be good’…”