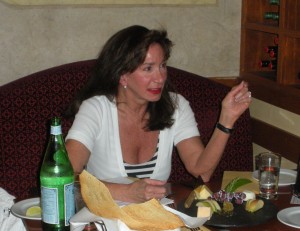 Is it any lie?

Is it pretending to be something you aren’t  in order, to get, or to take something from someone?

Is it a husband gambling away all the family’s money? Is it a man fathering a child and denying its existence? Is it a mother having child after child with no knowledge of who their fathers are to gain money from the government? Is it a woman telling a man that she is pregnant to force him to marry her?

Is it killing another human being? Is it not wanting to hear the truth because then you would have to do something about the lie?  Is any lie a betrayal?

Is it telling someone that you love them for your own gain? Is it marrying someone for money? Is it saying the words, “I love you” to get sex?

Some definitions of betrayal:

1. a. To give aid or information to an enemy of; commit treason against: betray one’s country. b. To deliver into the hands of an enemy in violation of a trust or allegiance: betrayed Christ to the Romans.
2. To be false or disloyal to: betrayed their cause; betray one’s better nature.
3. To divulge in a breach of confidence: betray a secret.
4. To make known unintentionally: Her hollow laugh betrayed her contempt for the idea.
5. To reveal against one’s desire or will.
6. To lead astray; deceive.Is the ultimate betrayal, any evil, that intentionally hides itself in good?

So what, in your opinion, is the ultimate betrayal?…