In a full theater, we’re munching popcorn, enjoying ourselves and  just as the movie begins, a woman sits in front of us and as soon as she does her perfume permeates heavily in the air. Several people begin coughing and looking in her direction.

I begin to feel as if I can’t breathe. I hope the smell will soon dissipate, but it doesn’t. My eyes begin to sting and I begin to feel dizzy. We get up and leave, as do several others, in close proximity to this overly-‘perfumed’ woman.  We toss our snacks into the trash. Get a pass from the theater to come back at a later date, then rush out to sit in the fresh air. It takes me almost an hour to get the pungent perfumery chemicals completely out of my system.

A few days earlier, we were in a restaurant enjoying our meal and a group enters, sits at the next table and the chemical perfumery overwhelms all those nearby. We leave as do others.

What is wrong with people who douse themselves in these chemicals? Can’t they smell? Are they covering up ‘something’ and what is it? Body odor? Didn’t anyone teach them how to apply?

Nothing smells better than a clean body… even a clean healthy perspiring body smells good and certainly better than acidity, pungent chemical odors. Have you ever worked out near someone who is wearing lots of cologne who begins to perspire? P-EEE-UU! Oh my gosh! Stinky to the max!

So, what is the deal with all these people who soak themselves in these gaggy chemical odors?

Perfume reached its peak in England during the reigns of Henry VIII and Queen Elizabeth I. All public places were scented during Queen Elizabeth’s rule, since she could not tolerate bad smells. It was said that the sharpness of her nose was equaled only by the slyness of her tongue. Ladies of the day took great pride in creating delightful fragrances and they displayed their skill in mixing scents. In those days, there was stench to cover up. People didn’t bathe as we do now and there was stench in the streets.

Today we have soap and water and nothing smells better than a freshly bathed body. The French have a saying, ‘the body has a natural colette (I think I spelled it correctly.. I had years of French, but) that is sensual and enticing’. So, why douse chemicals all over it?

As with any industry, perfume under went a profound change in the19th century. Changing tastes and the development of modern chemistry laid the foundations of perfumery as we know it. Alchemy gave way to chemistry and new fragrances were created. 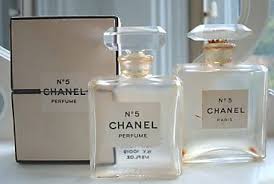 At one time, I enjoyed the classic fragrances such as Chanel… But to me, the fragrances seems to be getting worse and more intense, instead of better.

And those plug in air fresheners, in my opinion, are vile.. and also have been proven to be carcinogenic. Also, scented candles can be toxic, cause allergies and aggravate asthma.

Sooo why do some people continually ‘over do’ on these fakey, stinky fragrances? What are people trying to cover up? Why don’t they want to smell like themselves?

I can’t imagine anything worse than snuggling up to a body doused in chemicals.
After all, the scent of our loved ones is apart of the attraction and allure.. so why cover it up with chemical junk that is continually marketed to us…?