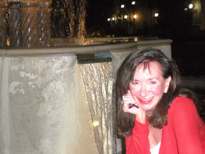 Recently, I was in a conversation about illegals, immigration and what it means to be an American with a Russian lady who came to America about 20 years ago and a Hispanic man.

Anna: I am from Russia, but as soon as I could, after coming to America, I went through classes and became a citizen. I refer to myself as an American, not a Russian-American. I know where I came from and who I am, and I know where and who I am now and I am an American citizen.

Jose: Me too. I am an American, not a Hispanic-American. I was born here. I don’t understand this African-American, Arab-American, Asian-American, and so on, all these hyphenated American identities. You are either an American or not.

Ann: I agree and it is so great to hear you saying this. Why do you think so many need to combine?

Anna: They don’t know who they are? And I think it’s stupid. And illegals make me sick. America needs to close their borders and send illegals back to where they came from.

Jose: I agree. Either you are here legally and you are an American, or you are something else and need to leave.

Anna: I am proud to call myself an American. It worries me to see what Obama is trying to do. It reminds me of Russia. It reminds me of what I left and believe me, America won’t like it, or be happy if it happens here.

Ann: I am English, Welsh, Scotch and Irish… I don’t call myself an English-American, or a Welsh-American. So, why do so many find that they need to do this and make such a big deal of it? Ummm…I wonder did it start with ‘Roots’, that book by Alex Haley that became a TV mini-series? It seems that after that TV show is the first, I recall such an emphasis on being called ‘African-American’. As if you didn’t refer to them in this manner, they became insulted.

Jose: Yes,could be and I remember that show. But it’s also liberal propaganda and individual insecurity and to try and feel different, when in the same breath, they are trying to say that we are all the same. Here they go and define themselves something other than, or trying to be more than, being an American. When being an American is the best thing that there is, or could ever be. If you live in America and are a citizen you are an American… period!

Ann: Great way to put it.

Anna: When you know your roots, you can become a real American and incorporate yourself into the best country that there is. You don’t need to lose your nationality, but become an American if you live here. We don’t want America to change.

Something to think about. When did this hyphenating American with other nationalities and countries start? I have always found it a bit offensive. How do you feel about it?

2 thoughts on “Being American!”