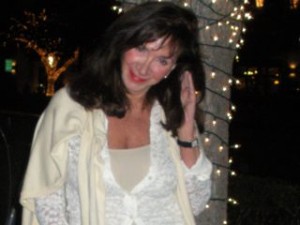 A playboy is a philanderer who devotes himself to a life of “play”. The term typically refers to a man who has numerous brief sexual relations with women… some have serial ‘marriage-like-play-like’ encounters that never result in a real commitment.

Some people ‘think’ the term ‘playboy’ is glamorous and some men even ‘think’ it’s a compliment to be called a ‘playboy’… I think it’s one of the lowest things that a man can be. A playboy is a man that is still a ‘boy’… he ‘plays’ at being a man. He ‘plays’ house and  ‘plays’ at manly things… What could be more unattractive in a man?…

What makes a man attractive is maturity, responsibility and the ability to have an enduring lasting relationship with the ability to care and really love. A man who is in touch with his emotions in honesty is sexy… not a man that walks around trying to see how many women he can have sex with… this kind of a man is a joke unto himself and a blight to woman-kind.

A playboy is attracted just as far as the conquest goes, when he feels that he succeeds, or even partially succeeds, he becomes less attracted. This behavior is nothing, but empty, immature and can even become ‘cocky’. And this is not attractive, sexy, glamorous, or manly. It’s weak and childlike, grabbing for one toy, after getting it, tiring of it, then reaching for another.

Men, I have met, and gone out with, who are over forty and have ‘never been married’, usually are very lacking. They can’t see it in themselves, but they are self-centered, even arrogant (a coverup for their innate insecurity) and I find them emotionally immature on many levels. Truth be known, many have sexual issues, even if they have had many sexual partners.  Having a need for many sexual partners is a sign of immaturity and an emotional lack. A person who has had, or can have emotionally satisfying sex, doesn’t desire random meaningless sex, unless, they are emotionally stunted and trying to cover-up deep seated issues.

‘Playboys’, or ‘the never married male’ often state that they just haven’t met the ‘right’ woman, but to me it appears more like they aren’t the ‘right’ man. They aren’t ‘right’ with themselves or who they are inside.

The real deal with the ‘never married man’, forty and up, is that they can’t commit, are afraid of failure and real intimacy. So, they objectify women and diminish marriage and commitment to make themselves feel better about their inability to commit, to choose, and to make long term relationship decisions.

They need that ‘easy’ satisfaction, that ‘rush’ of something new, an escape, a change and they may not really like women, may even fear women, and certainly have a fear of knowing themselves in relation to a female.

That’s why they pull away when it begins to get ‘real’.

So, quick seduction, or even slow seduction with all the words that ‘play’ like love with some ‘play-like’ actions and they may even enjoy ‘playing house for awhile’, of course,  without the ‘unnecessary  (very necessary) commitment’.  They always side step, or exit, then blame the woman as ‘she just wasn’t the right’ one’, as their MO.

Commitment is when love really begins then grows. Marriage is a beginning, not an ending. Without commitment, love definitely will fade, with commitment, there is the opportunity for love to grow deeper.

It’s the endurance of commitment that allows for the possibility of true love and growth in both the man and the woman.

Many men these days are so immature and emotionally disconnected, unattractive and unavailable that the possibility of real love will always evade them.
They want the sex and fun, but with none of the responsibility or commitment…
so it’s superficial, empty and soon becomes meaningless…

I know a man who is over 50 and never married. He ‘thinks’, he knows about relationships, even marriage, when he is clueless.  Knowing him as long as I have, this makes me laugh, as he’s delusional. He doesn’t love. He gets ‘enamored’ for a bit then shuts down, or exits. He states that women cheat on him. I understand why because he is never really connected or emotionally available.  He has aged dramatically over the years, is overweight, his body and face appear unloved and unlovable and everything about him is less attractive, even the way that he walks and moves, but he still has that internal ‘playboy’ facade of ‘I am so desirable’… and that he is ‘holding out his commitment and marriage for the one.’  It is really sad, he has lost it, if he ever even had it, and he can’t see it, or who he is, or how he really comes across… he has little to nothing to offer a woman because he has nothing to give.

So, I wondered, does he think that the age of 60, ‘Ms. Perfect’ is going to appear and want him so badly that she will put up with his immature antics and BS that only a mother would, or could deal with? Doubt it! (Is that what these ‘playboys’ think is going to happen?) I told him 15 years ago that he will never marry, and as of yet he hasn’t and I bet, he never will.

Men with deep seated insecurities are too fearful to be really and deeply intimate with a woman. While at the same time, they are very needy even desperate for feminine energy.  Immediate and momentary sexual closeness temporarily satisfies this need and their appetite as they think of their self and their needs and not what they are doing to the woman in emotional harm. They can suck a woman dry then run off to suck the energy from another. The real loser types have several women going at once. They are so fearful of being left without a woman to suck energy from that they keep many on the string.

They put their innate insecurity onto the women in their lives…. and no woman can handle it for long, they wear her down, and the woman that can, they don’t want. Because she sees through him and forces him to look at himself.

The man that I spoke of previously, I can barely spend a lunch with any longer… he is so needy and depressing. But he can’t say… ‘I am unhappy, I need this, or that, I feel lost.’ No, he will say that he is happy and fine. That he is so together, when everything about him appears lost. He is usually deeply depressed. He has no ability to see himself and not only that, he is after a woman with money.  He wants to be taken care of…  so from ‘playboy’ to ‘gigolo’…he, now, complains when he spends money on a woman… GEEZ! Loser much! Like any woman would want him.

Nothing is more pathetic than an aging playboy! Insecurity reeks from every pore.  Playboys are superficial, weak and needy. And the older ones that drive around in their flashy cars trying to appear so ‘with it’ are so not…

Men who can commit, have emotional depth and want to be held accountable to the woman that they love. They aren’t fearful of being known for who they are and the experience of growing in love. They want to care for their woman and make her feel safe and nurtured as a mature and emotionally healthy male does. They want to give and provide … that is what a man is and does, that is the true nature of the male.. a real man in relation to a female.

Nothing is more attractive than a man who can love deeply and having experienced marriage, this kind of man, wants to experience it again, because he knows that this is a remarkable way to interact and to live, to have a witness to your life of who you are and who you become while living and sharing it together.

It takes a secure man to commit. It’s the weak ones that can’t and who focus on sex and are ‘playboys’…The male/female connection is bliss at it’s finest ….
but with a ‘playboy’ it’s empty, as they are empty vessels… looking to be filled up, instead of filling up another…

How do I know this? My first husband was a ‘playboy’. Yes, some do marry, but they continue their ‘playboy’ ways while married (as in Arnold, Edwards, Wiener, to name a few). My ex was an emotional phony and terrible in bed. I was the wife he wanted for his ‘image’. I am a ‘playboy’ magnet. I have observed and studied them for years.  I can now spot them at a glance. They are the needy penises that I refer to and that is exactly what they are…they are everywhere and the Internet is a playground for them…

Of course, I have had relationships with men who were and are not ‘playboys’… there are good men.. so don’t you guys get all in a huff. Only these days… Wow! From what I observe and what other women tell me, they are few and far between…

(Okay, I am talking about men, but I know there are ‘playgirls’ and the same applies to them.)